Migrants in the Algerian desert 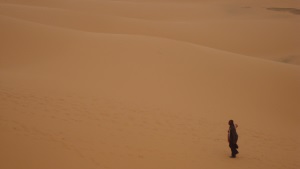 Already two weeks ago I wanted to write something about a particular adventure – an adventure about migration;

an adventure about human encounter. It is still possible to have beautiful encounters, free encounters, transforming encounters. Ghardaia, November 2013, the first hints of rain, little drizzles in the evening. The day is sunny and fresh, otherwise cold! The small desert offers its stones to the sun’s rays as if to suck the heat and keep it for the nights, already difficult to bear without shelter. 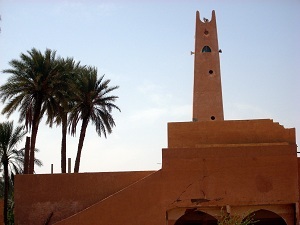 The Algerian cities have been visited for the past year by unusual people, women and children from the south, begging by day, disappearing at night. At first like the war-refugees from Mali, then recognized as Nigerians, their presence questioned, sometimes disturbing, often leading to compassion.

Algerian Associations mobilize quickly to bring them food, especially when cold attacks these scantily clad people. Some newspapers write about them. Then, they are forgotten. Time passes, the war in Mali too. Summer is coming. Routine takes over. They are just there.

And then there was Lampedusa A cry from Europe facing many deaths at sea. Closed borders that push back and push to suicidal behavior. We must flee at all costs; we must live at all costs, even at the cost of death. We have become crazy!

And then there was the release of hostages in Niger A large firm exploiting mineral wealth from this “poor” country, managed to touch the world, even sub-Saharan migrants from Algeria. In the counseling center of Caritas they tearfully told of the calvary of the hostages and the family reunions.

And then there were the two murdered journalists. Too many events in quick succession to pause at the 50 small corpses from Niger. Children died of thirst on the Algerian border. 92 lives lost among many others in search of a haven.

And so we began. First interiorly. We knew the presence of these groups of Nigerians on the Algerian territory. Who are they? What are they fleeing from with so many children? Libya with fire and blood? Famine in their country? How many have to die before I see them? Before I am concerned? We then set out physically And we too have fled; fled our comfort, our isolation, our sleep! Knowing we would return home, but probably not as before!

Ghardaia, first stop. Streets during the day are lively with little girls hands outstretched. The atmosphere is friendly. Generosity shows in their hands. Women carrying infants on the back also in search of food, clothing. No rejection in looks nor in attitude. A custom. They are part of the city, a decor. I feel uneasy. A thing. An object. The girls will grow up; what will happen to them? What future? 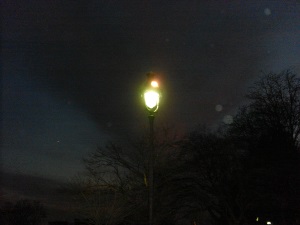 We are guided by a White Father who remembers their language, Hausa. He approaches a man of their community but not of their group. He is there to trade and to send a few euros to the village. Father asks if he can bring us that night to where these women and children sleep, because he lived in their country, because he too is a Peul. In our nomadic life of faith, we learn quickly what unites people, their belonging to the land, to history. What brings us closer to one another is not so much skin color as a common work experience. The priest is the son of a farmer, a herdsman. He says—no–rather he knows he is a Dutch Peul.

And the miracle or the mirage happens under the sky lit by a lamppost. A wasteland will take the contours of the village where for an hour or for an evening, for a new story, we will be the guests honored with presence and attention….

I was afraid; afraid of raising expectations that we neither could nor wanted to fulfill. They lack everything: water that the girls cleverly carry on their heads, as in their country, returning from a day’s search; food we imagine is poor; heat that sketches with the night and campfire around which are pressed together about ten people, a gathering of life, of hope; clothing of which the surplus or waste (that which is given to beggars?) burns in the dried up river bed from which rises a black foul-smelling smoke; shelters … this wasteland near the station, out of sight but at the heart of the city is the enclosure without a fence for a hundred people.