The disastrous effects of the Mining Industry in Africa 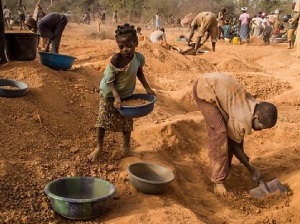 Africa is rich in reserves of minerals. It is a leading producer of gold and coltan (used in electronic devices) and other minerals.

This is a blessing but also a curse because the mineral reserves are a source of conflict among many countries of Africa. I was surprised to learn that there are more illegal mining companies in Africa than there are legal ones. One expert has claimed that 95% of small mining companies in Ghana are illegal. More than 10,000 Chinese immigrants arrive in Ghana each year and get involved in small-scale illegal mining. This is a reality, not only in Ghana but also in other African countries.

In fact, even those companies possessing a licence are not in a better situation because there is no law or appropriate regulation covering mining activity. This legal vacuum attracts many mining companies to Africa and encourages imprudent, irresponsible and unsafe exploitation of mines. Corruption, especially among the police aggravates the situation. In fact, Africa does not seem to be preoccupied with this situation.

Mining has a disastrous effect on the ecosystem :
In 2013, the “Integrity of Creation” working group of the Inter-Congregational Commission of the Religious JPIC in Rome made an inquiry among the religious congregations, organisations close to the churches and NGOs working with victims of the mining industry. I was shocked that only 4% of replies came from Africa. Why is there such a minimal interest in something that causes great suffering in the life of African people? Is there a lack of awareness, commitment or principles? Mining activity has led to serious environmental, socio-economic and health consequences in the lives of thousands of Africans.

Mining is a short-term activity with long-term effects on the environment. It affects the natural environment because of the chemical materials and toxic substances dumped into the rivers and wells. Open cast mining means deforestation, soil erosion, air pollution, and water contamination. These problems are a direct threat to human existence. The mining industry has had disastrous effects on ecosystems of fresh water lakes in Africa and in the seas because of the loss of habitat for marine organisms and biodiversity. As a result, there is a threat to the flora and fauna of the continent. 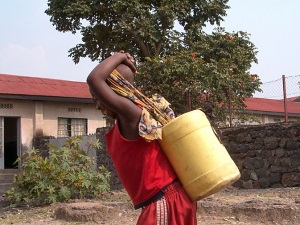 There are also serious physiological and psychological consequences for Africa. For example, diamond miners in Kono district in the east of Sierra Leone have left behind thousands of pits of abandoned mines. Wild life has disappeared and there is no fertile soil. Former pastureland is devastated. The activities of industrial mining, especially those that are illegal, threaten the existing virgin forests in Africa. One thinks of the National Park of Kahuzi Biéga in the DR. Congo, which has been devastated by illegal miners looking for precious minerals. Whether the mining is legal or illegal, it is a danger to the environment. Experts from Oxfam consider that the price the environment is paying for mining activity is leading to permanent environmental damage aggravating the growing poverty of the region.

The unfavourable social effects of the mining industry in Africa :
We also need to consider the socio-economic effects of mining. The acquisition of land for mining purposes is a perennial cause of conflict between miners, farmers and local communities. Entire communities have been moved or evicted from ancestral land to other areas far from natural resources. This leads to a feeling of rootlessness, food insecurity, loss of access to public services and social break up. The loss and deterioration of economic activity leads to internal migration, the breakup of social structures and internal inequality in the communities. 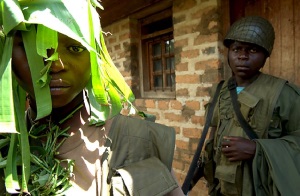 Wars are causing the displacement of communities and loss of life. We have only to look at the artisanal mine workers in West Africa. The Niger delta is a good example where we see a lot of youth violence and armed militias. These have sprung up because of the loss of links with their communities and the lack of the development of natural resources. The militians have taken people as hostages to work in their mines watched over by armed guards. Many children, maybe as young as twelve are employed as miners.

Economic dependence and poverty increase because of the damage to subsistence agriculture, the destruction of harvests, and the confiscation of agricultural land. All of which results in interrupting the food chain and destroying people’s livelihoods. A cocoa farmer arrived in his field one morning, to find two Chinese digging the soil to look for gold. They had destroyed all his cocoa trees. These cocoa trees were his only means of feeding his family. Increases in food and housing prices have resulted in increased stealing, alcohol consumption, gambling, prostitution and sexually transmitted diseases.

The mining industry has also had an impact on human rights. The DR Congo is the biggest producer in the world of “blood coltan.” This has led to huge rise in human rights violations because of the illegal mining of this mineral. There is an international conspiracy arising from this practice because countries that supposedly do not have mineral deposits of coltan are now counted as being its biggest producers. 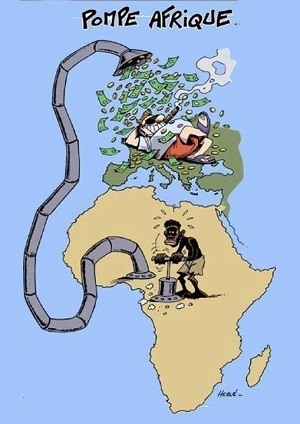 The mining industry is very dangerous to health :
It is now known that the mining industry is very dangerous to the health of its workers, residents, and visitors to the region. Big uncovered holes and abandoned mining sites contain stagnant water, which is a threat to public health and promotes the spread of malaria and other water borne diseases. The build up of heavy metals in the food chain at many levels is very dangerous for the various ecosystems including food production causing harm to human health. The mineworkers in the gold mines have a shorter life expectancy because of their exposure to cancer-linked substances, tuberculosis of the lungs, anaemia, high blood pressure, and leukaemia.

There is no doubt that it is at the local community level that the long-term effects of mining are felt. Minerals are mined in Africa for development elsewhere; however, Africa is becoming poorer and poorer. What is more, the mining industries are conspiring in international crimes against humanity leading to the loss of human life, migration and the displacement of young Africans. It is very clear that the unending wars in the RD. Congo and the Central African Republic are disputes over mineral rights; incited by international powers under the pretext that fighting is between local factions only. The victims are crying out to us; do we hear their cries and their sorrows? Can we hear the cries from the blood of the thousands who have fallen? Can we demand action to stop these injustices in the mines of Africa?