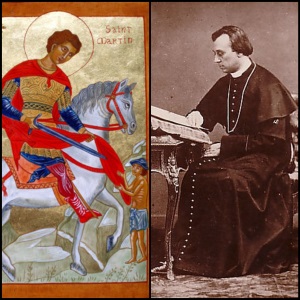 It was 150 years ago, on 11 November 1866 that the future founder of missionary institutes, Lavigerie, had a prophetic dream at the tomb of St Martin in Tours.

Early in 1866, the archbishop of Tours, Mgr Guibert had asked the bishops of France to contribute to the reconstruction of the basilica dedicated to St. Martin. Mgr Lavigerie, then Bishop of Nancy, was not satisfied to simply answer the request with a few lines; he devoted a whole pastoral letter to the apostle of the Gauls.

“I had begun,” he writes, “to study for myself the life of this admirable bishop, seeking therein some examples of intrepid faith, patience, charity, which my weakness needs. But as I studied this great figure in the ancient monuments of his history and ours, I felt the desire to place before your eyes the perfect image of a pastor, monk and missionary.” 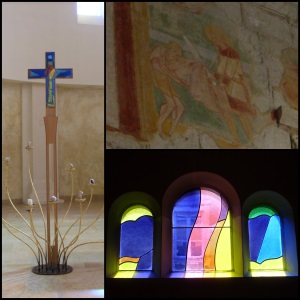 Saint Martin and the new evangelization:

St Martin aroused the interest of Lavigerie because he knew how to respond to new conditions encountered by the Church of his time. The end of the period of persecution opened vast possibilities for evangelization throughout the country; and the conversion of the barbarians still had to find appropriate methods. One means consisted in adapting Eastern monasticism to the

West, with the creation of monasteries. These places of worship were to maintain the essential source of a life of faith, threatened with losing its force in the too easy world of an Empire which had officially become Christian.

As for evangelization in the rural areas, St. Martin displayed a tireless activity, “Martin with his brothers came out of their monastery in Ligugé, as later they would follow him from Marmoutiers, to go preach the faith to those who did not know it. The monks taught and baptized the people with him … “ 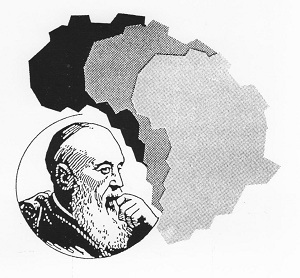 Saint Martin was a model-missionary for Lavigerie:

Why did these thoughts preoccupy the Bishop of Nancy? Did they simply express-the interest of the former Sorbonne professor for the history of the early centuries of the Church, a study which he continued in his spare time? A real attraction, but it was more than a simple scholarly concern. His interest in the apostle of the Gauls is also explained by his study of a similar commitment–to respond to the new conditions of an era that allowed the Church to approach some regions previously inaccessible to the Gospel. This fact, despite its banal appearance, seems revealing:

Lavigerie’s dream on the tomb of Saint Martin:

On November 11, 1866, Lavigerie was at Tours. After a day of remembering the apostle of the Gauls, he had a dream: “It seemed to him that he was transported to an unknown country, far away, where human forms—with brown or black skins and strange languages were presented to him.” The next day he returned home to Lorraine and a few days later, he received the letter of Marshal MacMahon, asking if he could propose his name to become bishop of Algiers!