An old leper man: “Thank you so much, may God bless you abundantly!”

Please sister, tell them: “Thank you so much, may God bless you abundantly!”

Dear readers, people of good will and all those who have been working very hard to raise money for lepers, greetings! The above words of gratitude was said to me by an old leper man, during my visit to their Camp in Bukumbi Mwanza, Tanzania 17th May 2017. I thus feel restless to keep them to myself as they were really said and meant for you. 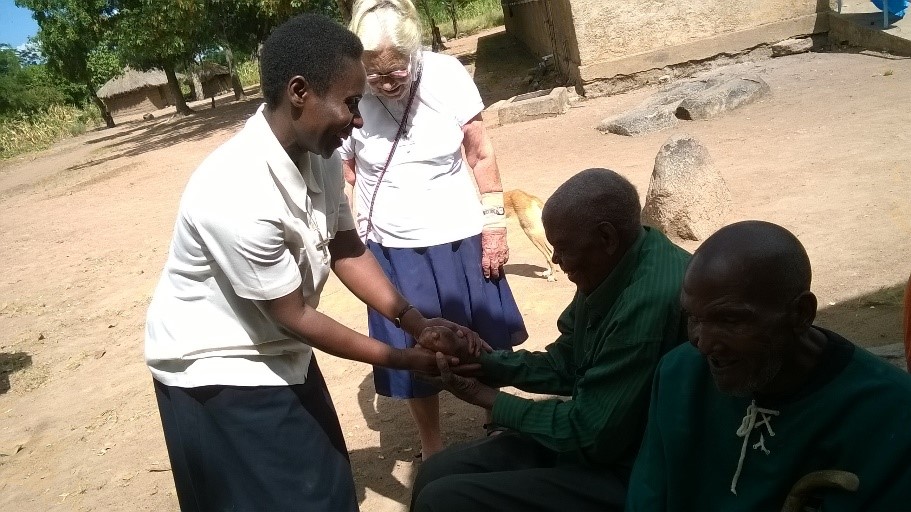 At the beginning of January 2017, our community of Lublin – Poland, received some money from the Capuchin Fathers of Pociekajka. Just as they have been doing, the Fathers/brothers gathered that money around the leper’s day and passed it on to us. The idea was to send that money to those in need and this time, we decided to give it to our sister Anna Brigitta, who has been working with lepers since some years ago. Because I was going for my holidays, Sr. Anna Brigita asked me to visit the camp with her and to pass the money directly to the lepers in form of food as this was their actual need that they expressed. 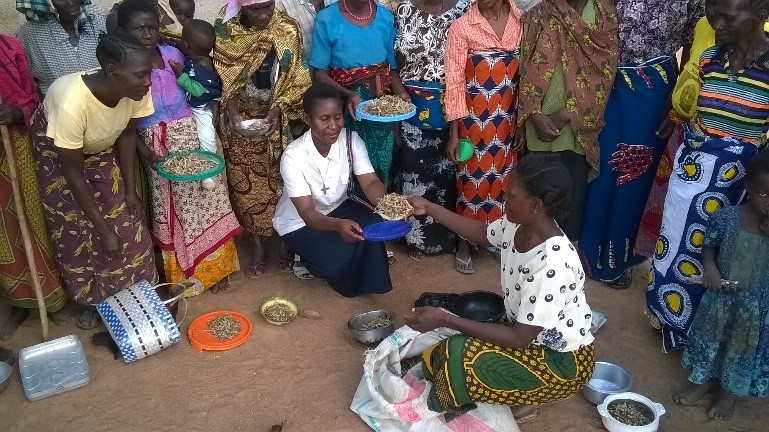 After having prepared everything the evening before, the next day, early in the morning we set out on our journey by car from Mwanza to Bukumbi, a few kilometres away. Arriving at the camp, two students from the Missionaries of Africa (Prasad and Dieudonné), one religious sister, some young men and women volunteers from the village nearby joined us. Together we distributed maize flour, small fish (dagaa), African eggplants and some soap.

They were all delighted to receive that and expressed their gratitude in different ways. Some wanted to take the photos with me so that I could show the benefactors that their contribution has reached them, some with the intention that other people may see how they really look like as they exposed their legs or hands which were affected by the leprosy disease. Yet, some profited the occasion and asked me to take them photos, which I could later print for them so that they could have a hard copy for themselves. There were different groups to visit and to each group some children or young adults accompanied us.

Apart from the warm welcome we received, what struck me most was the simplicity, availability and easy contact of the people in the camp! I also appreciated the loving work done by different people for the lepers who cannot help themselves. 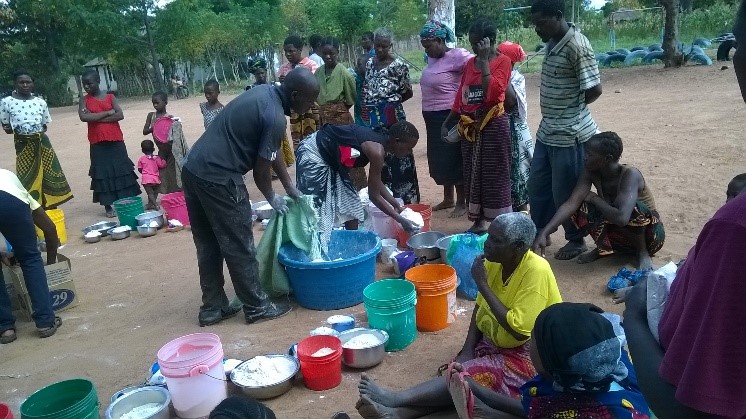 That opportunity gave me the possibility of learning more about the camp itself. In short, the Bukumbi Leprosy Camp was originally established by the Government of Tanzania in 1972 with the objective of gathering the lepers far from the city, cleaning up the streets from sick people and beggars, under the pretext of offering them a home, land to cultivate and the protection of an organization that was supposed to take care of their basic needs such as food and medical assistance. No one has been transferred into the Camp by force and many have moved in with their whole family. I learned that the camp has experienced some difficulties such us lack of water and electricity but, thanks to the people of good will and the Tanzanian government, such basic needs are met now. Yet, it is a camp that needs a continuous support and care even if, not counting on the help of the benefactors, some young people having their parents in that camp, are making much effort to help. 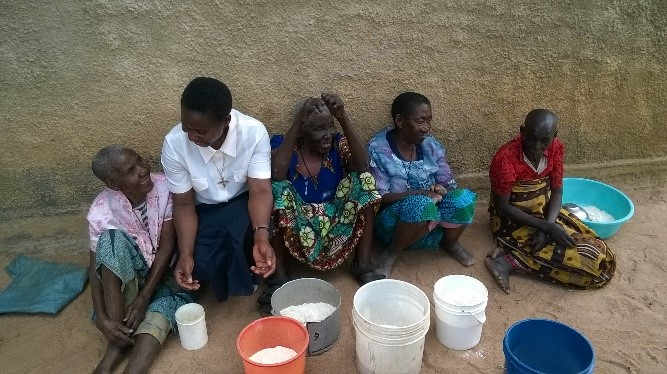 I was glad to visit the children of Montessori, a nursery school built just a bit outside of the camp thanks to the efforts of Sr. Anna Brigitta, Mr. Paolo, Mrs. Diana and others. Some children attending this school are the grandchildren of the lepers. I was amazed to see that the children know different things which myself I didn’t know by heart even after finishing my primary school! Such things included the random showing of Tanzanian regions on the map!

With this experience, I am grateful to all the people who contributed something for the lepers this year, without which I wouldn’t have planned such a visit. I am grateful to our Sr. Anna Brigitta who, despite of her age, she is enthusiastically committed to improve the lives of the lepers, their children, grandchildren and the people around them! Many thanks too to the volunteers from nearby and from far as well as to the habitants of the camp who received me warmly!