Sr. Marie Ange Ndayishimiye made her perpetual profession on 15th April 2018 in Burundi, her native country, 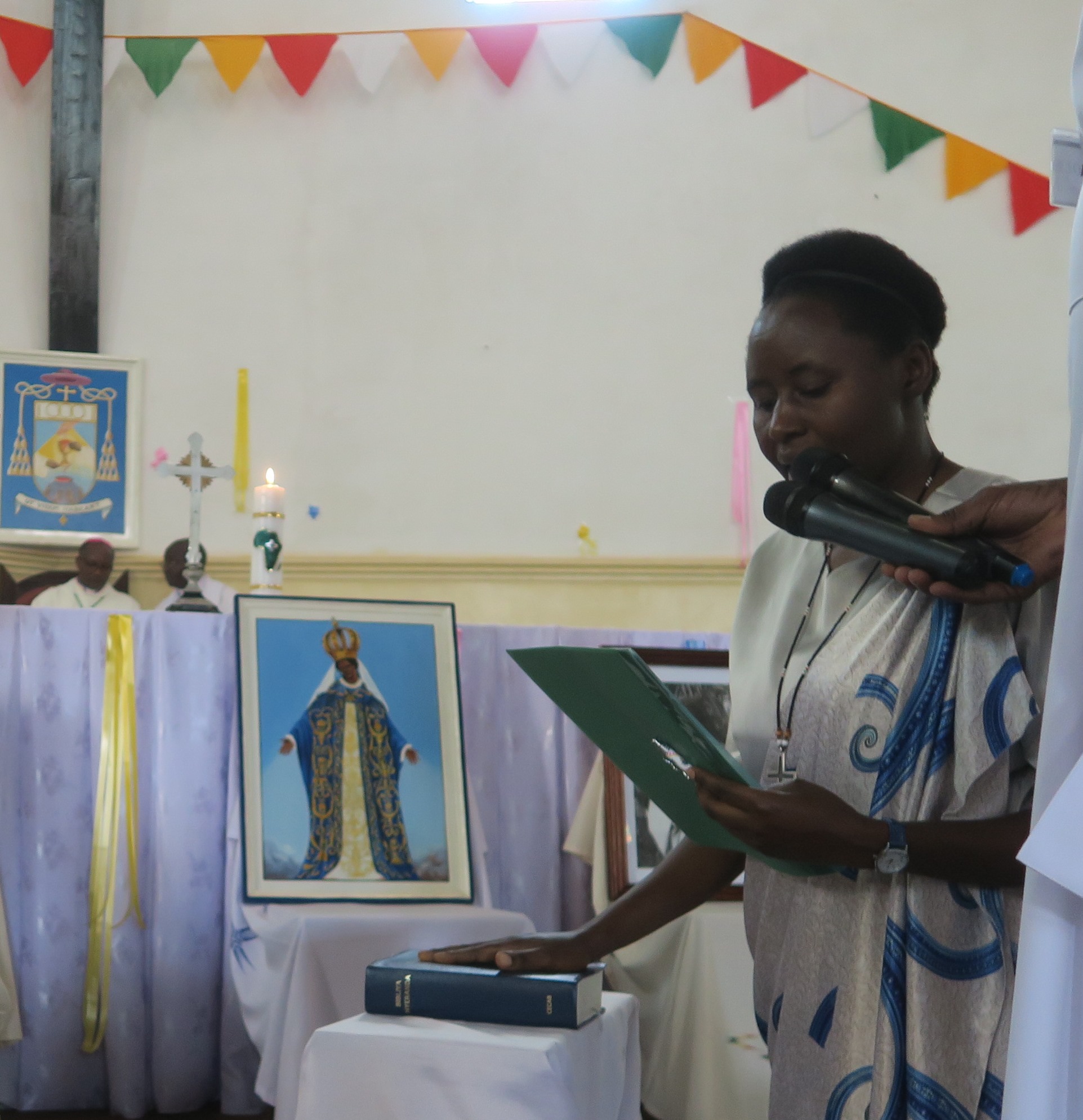 The Mass was presided by Bishop Blaise Nzeyimana, Bishop of Ruyigi Diocese. Sr. Marie Ange pronounced her vows in kirundi, the language used in Burundi. Sr. Victoire received them on behalf of the Superior General.

Hundreds of people attended the well prepared celebration. Among them were the Missionary Sisters of Our Lady of Africa from neighbouring countries, the Missionaries of Africa, members of other congregations who participated and helped a lot in the celebration, the cathedral choir, altar servers, liturgical dancers (girls and boys), priests, family members and friends, as well as parishioners of Christ the King Parish since it was a Sunday.They all came to celebrate and witness Marie Ange’s commitment.

Important symbols for our Congregation and Burundian culture 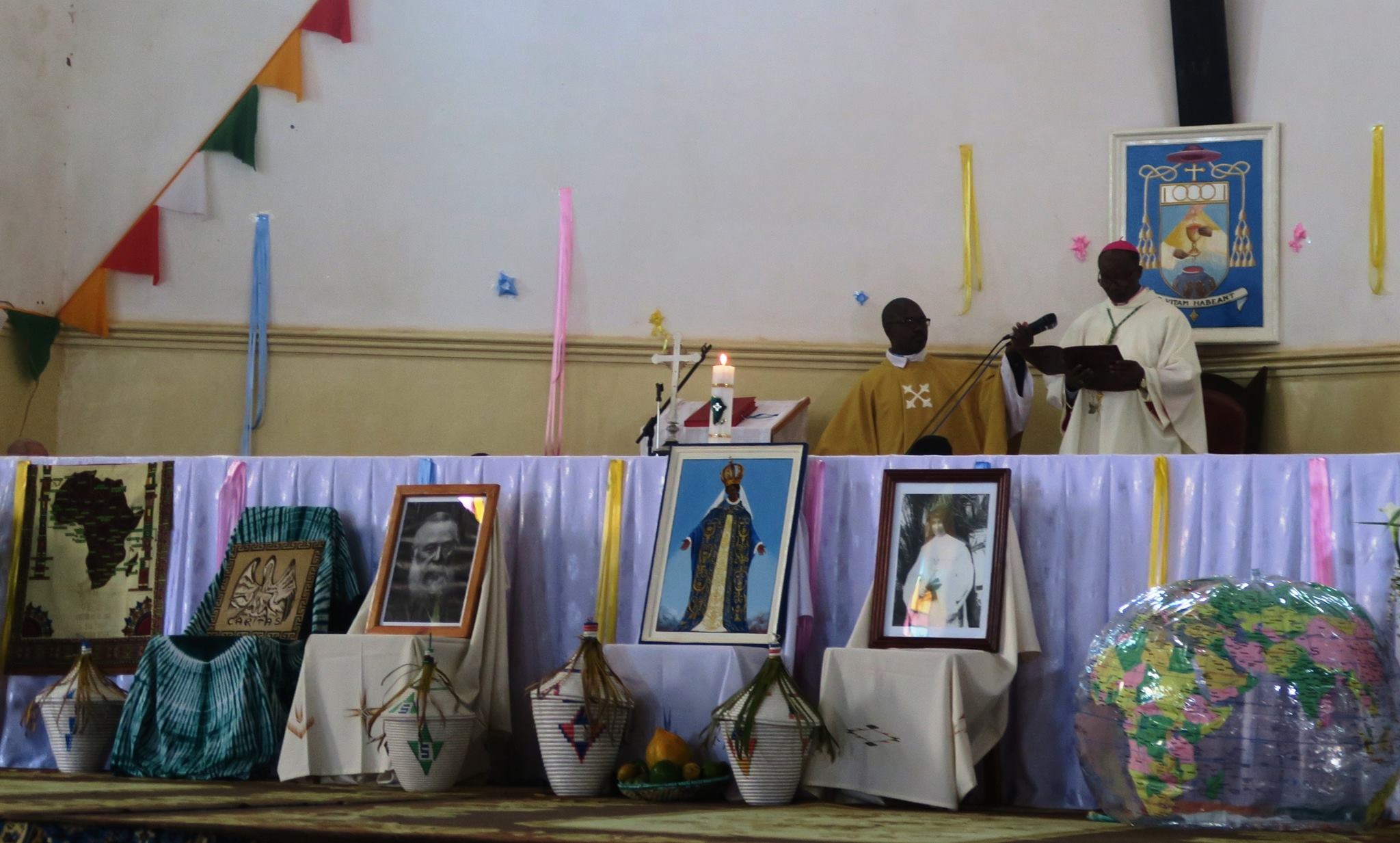 The assembly enjoyed the creativity expresses during the celebration, for example naming each member of our Congregation and of the Missionaries of Africa with their respective places of origin and mission. This showed the internationality of the Congregation.

During the offertory, other symbols were brought: baskets typical in the country, pots and other small baskets for the fruits, and food for the poor brought by a man and woman who normally accompany the gift-giving in Burundian culture.

Sent to Mauritania to be a true missionary

Towards the end,there was a ceremony of sending. Marie Ange was sent to Mauritania by Sr.Victoire on behalf of the Superior General. In her speech, she explained why the sisters were in “kitenge”, the dress of African women: it was Cardinal Lavigerie (the founder of our Congregation)whorecommended to his missionaries “to dress like the people they work with”. That also explained the reason why Marie Ange was dressedin the traditional attire of Burundian women.

Agathon RWASA, the national assembly’s first deputy president, came to this celebration and in his speech he reminded Marie Ange that she is going to be an ambassador and a representative of Burundi in Mauritania, and that she is called to be a good missionary.

Everything that happened during that Mass was heard by the listeners of Radio Maria (whose animators were) invited for that occasion. The week before, Maria Ange had the opportunity to talk on Radio Maria Burundi about the Missionary Sisters of our Lady of Africa.

During the time of speeches, Marie Ange’s mother expressed her gratitude to the Lord, to the Congregation and to her daughter. 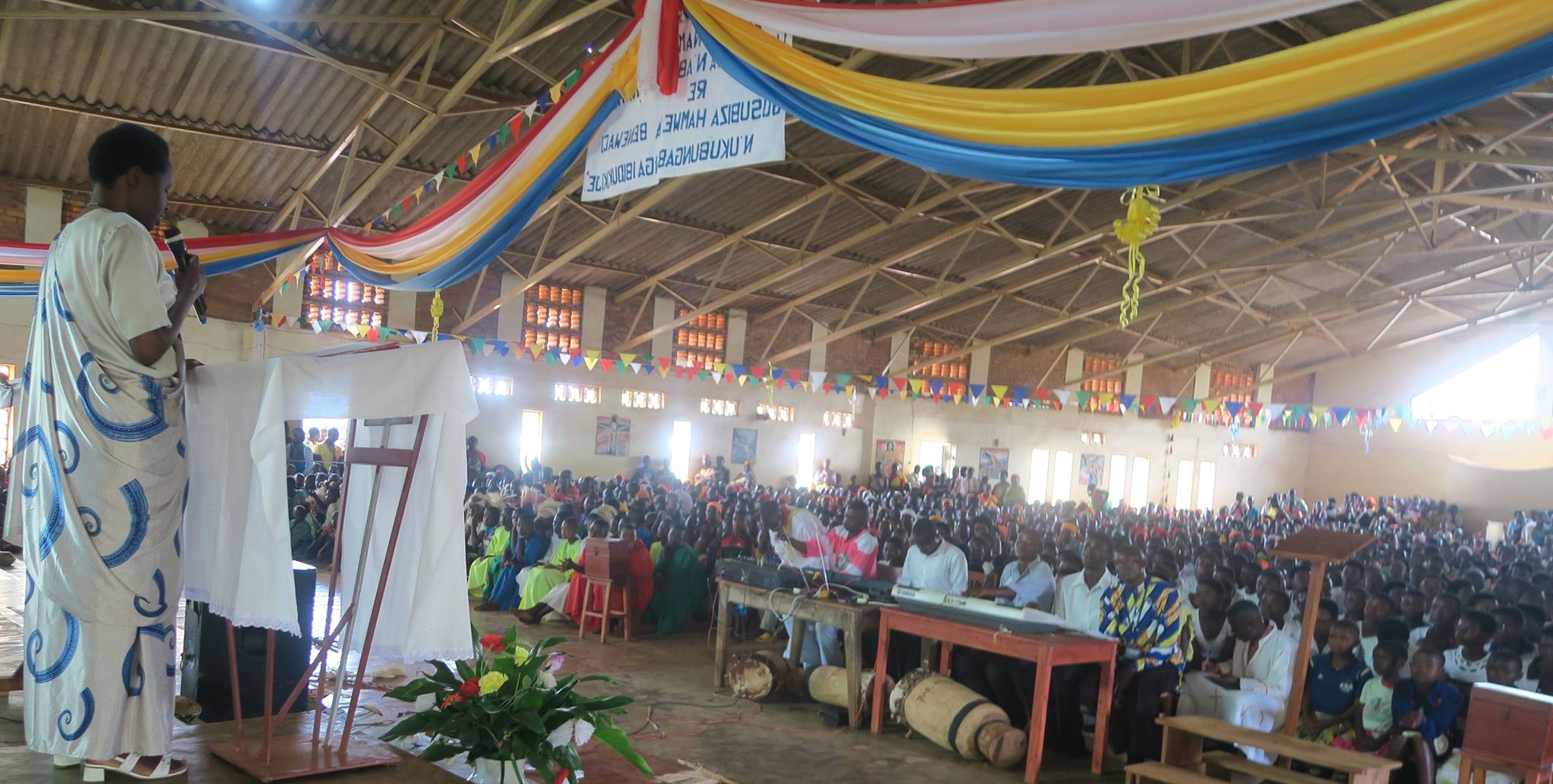 After a week, the celebration ended in the native parish of Marie Ange where the sisters and fathers also went for athanksgiving Mass prepared by her home parish and small Christian communities. The parishioners expressed how honoured they were to have their daughter dedicating her whole life to the Lord. As it was Good Shepherd Sunday, which is World Day of Prayer for Vocations, everyone who spoke encouraged the young people to follow in the footsteps of Marie Ange and give themselves totally to the Lord.

This was a good opportunity to make missionary and vocational animation and to make our missionary family known. We hope that what the Lord has sown during those days of Marie Ange’s celebration, he will bring to completion.

Sr Fides Mbabarempore, Missionary Sister of Our Lady of Africa from Burundi on mission in Uganda