Cultivate the seeds of hope – experience of the former UISG president

Sister Carmen Sammut, Superior General of the Missionary Sisters of Our Lady of Africa, has just completed six years (2013 to 2019) as President of the UISG: the International Union of Superiors General. She shares with us her experience during this engaging time. 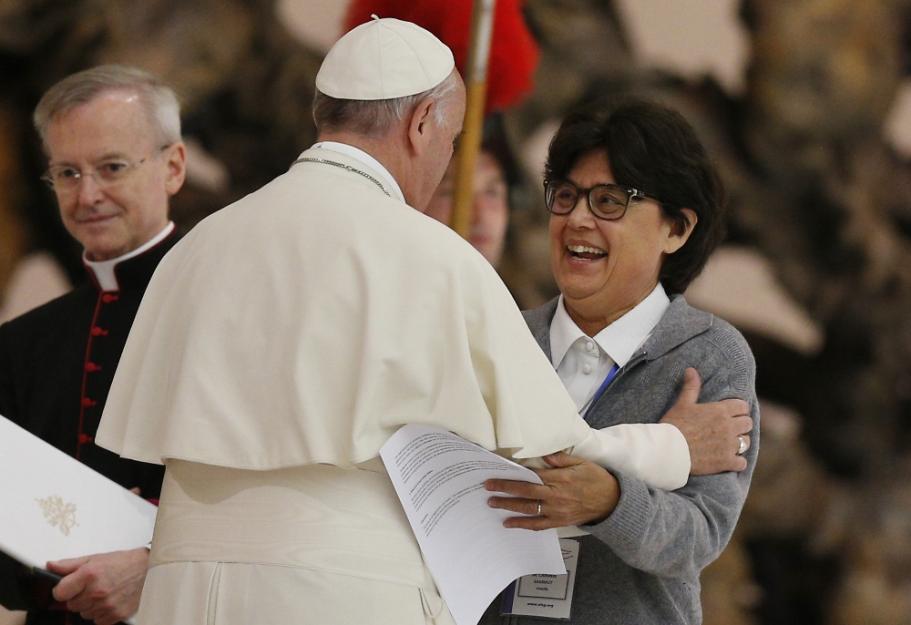 You had a number of occasions to meet Pope Francis in private and public audiences. What remains with you?

The impression I keep from meeting Pope Francis is that of a man who gives the person in front of him all his attention, as if nothing else exists. This put me immediately at ease, even while sitting next to him. When I met him in January I was worried about my mother’s health and simply told him about it. When I was leaving he went over to a nearby table and brought me rosary beads for my mother. I was very touched by his gesture.

He has often repeated that we are not to lament about numbers but to make sure our way of living and our actions in favour of the marginalized and of the Earth remain significant. Do not let anyone deprive you of hope. For us it is a call to be totally committed to our mission as expressed in our apostolic orientations.

The theme of the 2019 Assembly was “Sowers of Prophetic Hope”. It resembles the theme of our last Chapter. What is the call on the global level?

When we looked at the global context, in the world, in the Church, in our Institutes, we heard a common call for us religious to cultivate the seeds of hope that we receive from the Risen Lord, and to go out to sow them among our contemporaries and especially the forgotten ones, those who are excluded, who are suffering economically, socially, psychologically, spiritually.

Living in one world, we are all challenged by these realities and especially by the call of Jesus to live « CARITAS », to bring His hope where there is despair, love where there is hatred, life where there is the culture of death. We had each to commit ourselves to the Campaign for the planet as well as to one more area that had challenged us most in our context. Knowing that we are all making an effort to be ever more sowers of prophetic hope gives us much energy.

We were reminded of the UISG campaign for the planet, so as to take part in it if we have not yet done so. You can view the video.

What seeds of hope do you bring back to our Congregation from this global experience? 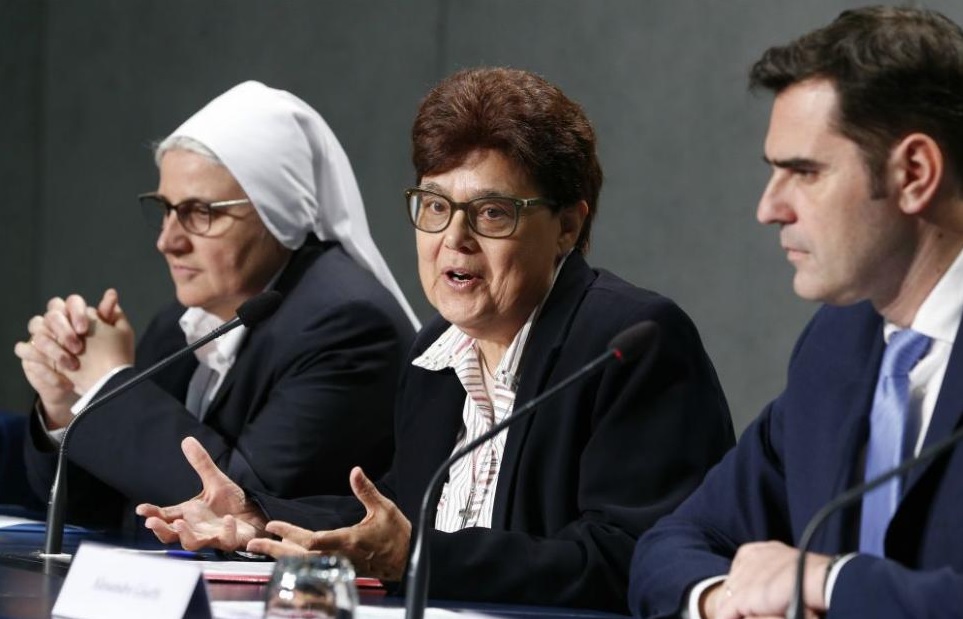 The day after the Assembly The Our Lady of Africa Family, (20 general Superiors were present) met in our house. To hear them speak about their commitment for the care of persons and the care of creation brought me great joy. Their involvement in the protection of children, the raising of awareness of the parents so as to prevent human trafficking is also to be noted. They saw the need for a commitment to initiatives involving women of different religions, in order to build peace.

These reflections were not just seeds of hope but already the seeds had germinated and started to become a plant. I praise God for that.

During our Enlarged council each entity as well as the General Council chose a current world problem to which we would bring our effort in view of a solution. Working separately, we were surprised to see that we had all chosen to act in view of the care of creation, one of our apostolic orientations.

The leaders planned how to do it in their Entities, and this is a big step forward. We will also see what decisions and actions we need to take as a Congregation to be consequent with our orientations.

Women in the Church… Do you see an opening?

Definitely there is an opening for more women to be involved in important meetings. For example, for the meeting in February 2019 to speak about the abuse of minors in the Church The whole board of the UISG was invited to attend. While we had to go to meet the Prefect for Synods who gave us 3 places in the last two synods for women religious, there are now 4 women, 3 religious and a lay woman, who have been appointed consultors to the Dicastery for Synods. This is a big step forward. We are hoping the same will happen for the Congregation for Consecrated Life.

I also see that everywhere we religious women are the ones to be really near the poor, the excluded, advocating for justice, for peace, for the earth, staying on even in dangerous situations in the name of Jesus. Possibly this is where we are most influential. 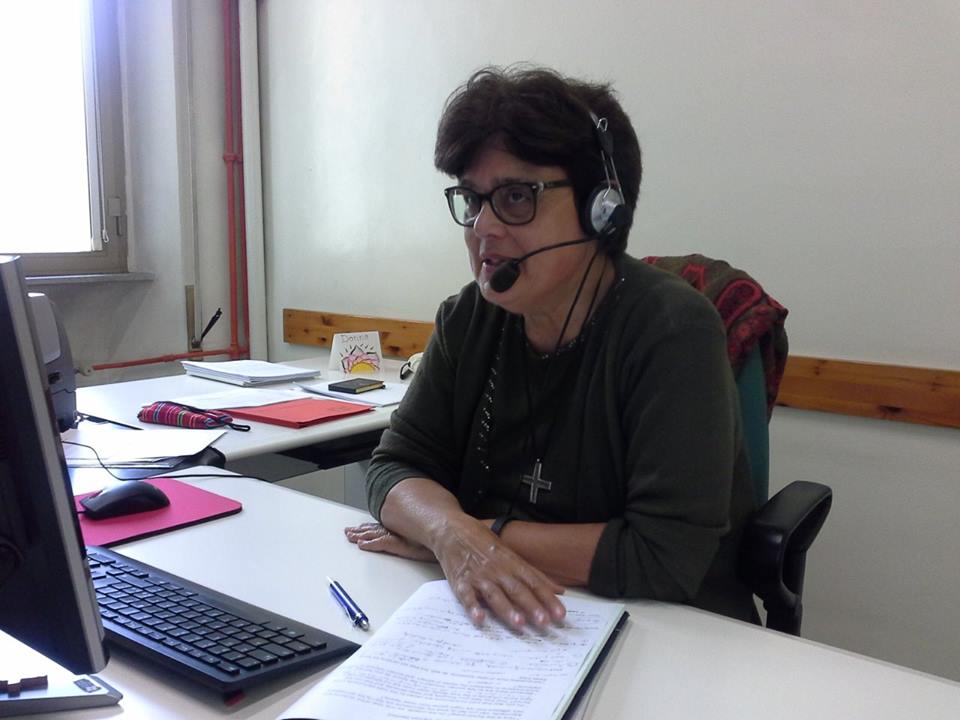 In the last six years the UISG has made enormous progress in its administration set-up, has it not?

As I look back on these last six years as president of the International Union of Superiors General, I immediately think of the board members, general  superiors of different congregations of apostolic life. Four of us did two terms of three years. I am grateful for each one for we were all hard-working women, determined to give our best for the good of religious life throughout the world. It was so enriching to be able to reflect and work together.  Our engine enticing us forward has been Sr Patricia Murray ibvm, our executive secretary. The staff has been enlarged and reorganized and is extremely efficient.

When part of the building of the former Regina Mundi  which had been rented out for some years, was made available, we wanted to restore its vocation for the formation of sisters. The Regina Mundi centre offers large rooms where bigger groups can gather. For example, the two-week session on Intercultural living, was attended by 180 sisters, simultaneously following the course in two separate rooms linked through very sophisticated technology.

In order to reach out to our nearly 2000 members spread throughout the world, the new centre is able to offer webinars simultaneously translated into many languages.

online meetings with groups of our delegates, according to time zones included more people in the reflection process. The communication department helped channel demands for interviews, helped us to get messages and declarations ready to be published on our website, such as our declaration against all sorts of abuse within the Church.

The UISG network against Human Trafficking Talitha Kum celebrated its 10 years of existence this year. What is the impact of this network?

Talitha Kum  is a network of networks present in 77 countries in all the continents. It offers an opportunity to work together, as a global network, especially as trafficking in humans is an evil present everywhere. The network aims at prevention, raising awareness, protection, partnership and prayer. There is a commitment to lobbying and advocacy as well as formation. Thirty four courses were set up for the establishment of networks and over 1000 religious sisters have received this training in 65 countries. Some of our sisters have participated.

Through Talitha Kum, the 8th February, feast of St Josephine Bakhita, has been chosen as a World Day of Prayer and Awareness against Human Trafficking. Pope Francis is always moved when he hears stories of trafficked persons. This year the work of Sr Gabriella Bottani, was acknowledged in a special way, and she was honored as “hero in combatting trafficking in humans”  by the USA State Department.

Pope Francis tells us: either we are doing something to prevent trafficking or we are accomplices in this great evil. We can all do something to raise awareness, to listen to the cries of those who feel oppressed by poverty and unequal opportunities, as well as to advocate for just migration laws so that those who desperately want to leave their country do not become easy prey to traffickers. 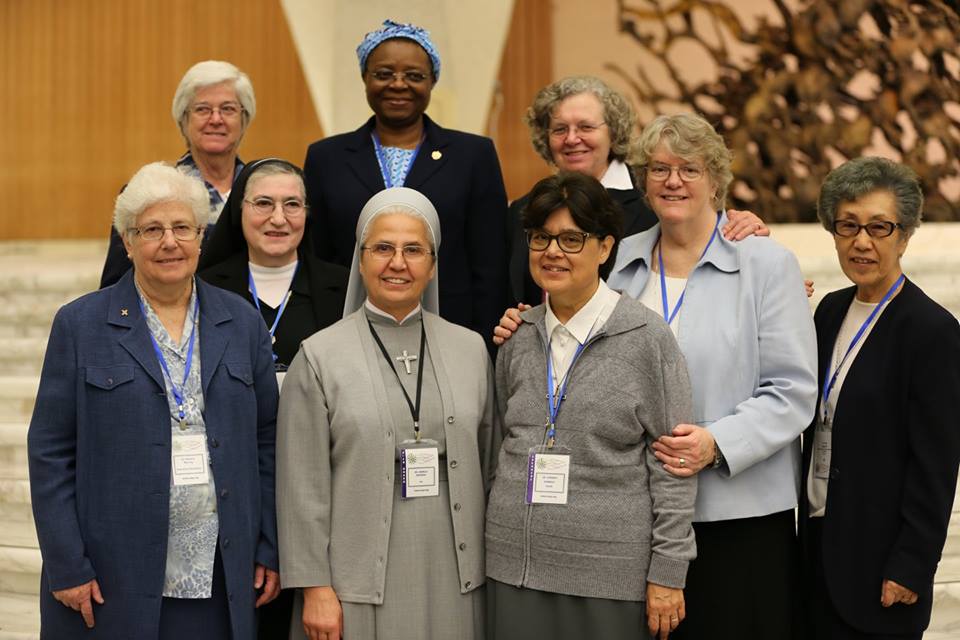 I have lived six years of blessings not without hard work. My love for religious life and for the Church has increased, as well as my suffering for our shortcomings and injustices as Church.

I have witnessed something of the diversity of consecrated life in different parts of the world : Australia, Lithuania, USA, Philippines besides various European countries. I have learnt so much by meeting so many religious.

In our separate communities and Congregations, we might lose heart and think our efforts are insignificant, but as we form one body and join forces to work together, the same strength of the Spirit of Pentecost sends us out today to be witnesses in our time of the marvels of the Lord.