Closing of the 150th Anniversary in Rome

Closing of the 150th Anniversary in Rome

Following the closing of the 150-year jubilee in Uganda, another celebration took place in Rome on 25 January 2020. We gathered at the Generalate of the Missionaries of Africa to close this jubilee year also in Italy.

Here is the homily of Sr. Carmen Sammut, Superior General of the Missionary Sisters of Our Lady of Africa: 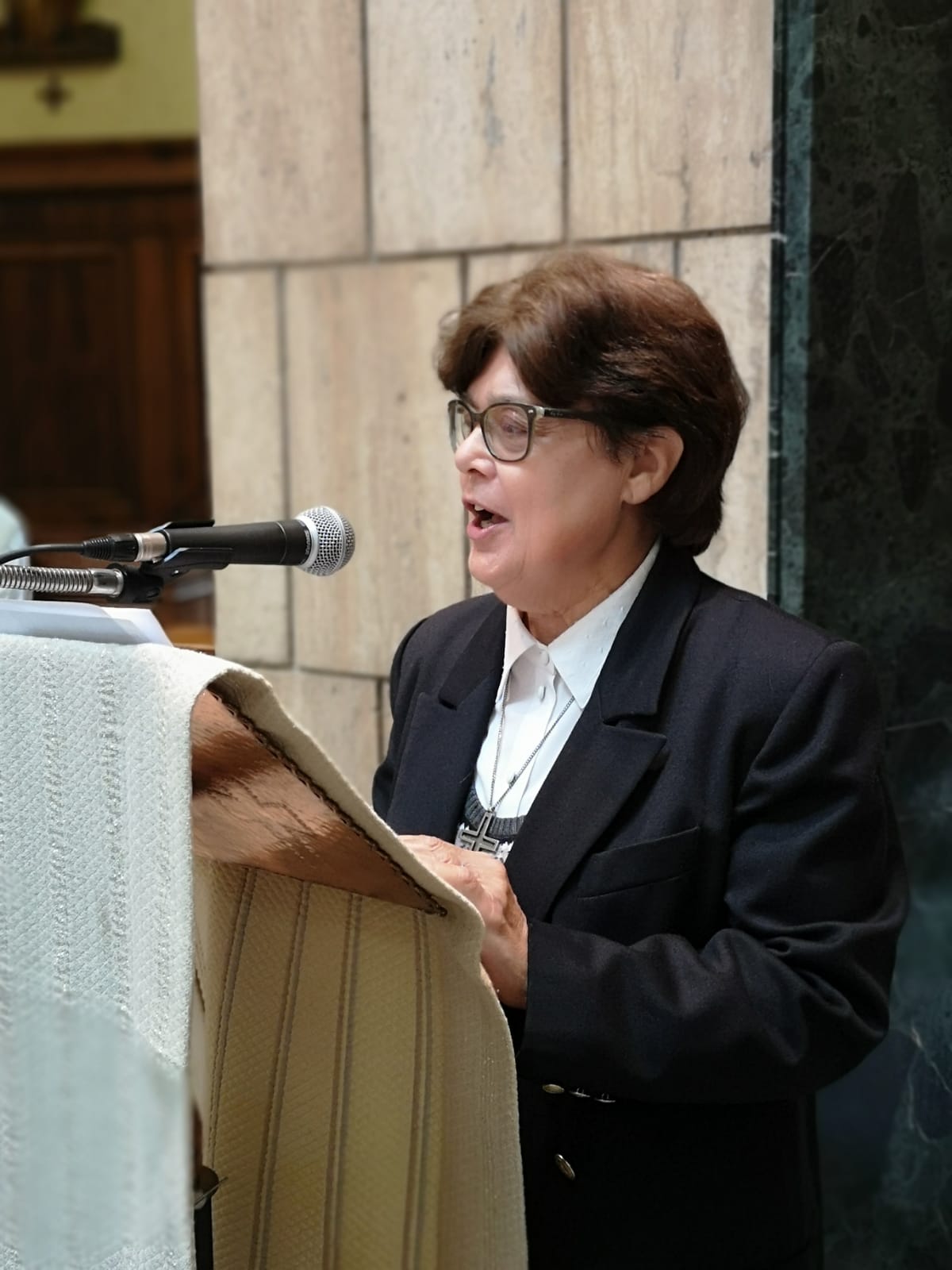 “We celebrate the ending of our 150th jubilee year on the feast of the Conversion of St Paul. It also coincides with the end of the week of prayer for Christian Unity. Is this by chance or is there a message in here for us?

The reading from the Acts of the Apostles (9:1-22) presents us with Saul’s spectacular meeting with the living Christ as he was on the way to Damascus to persecute the Christians, thinking he was obeying God’s law. Jesus identifies himself with the people Paul is persecuting and Saul’s life is turned upside down. He becomes the apostle of the gentiles and his great energy is now used to bring the Good News of the risen Christ to all nations. I wondered how we could imitate Saul in his conversion and I found it hard to identify myself with a member of an extremist group who goes about killing those who do not agree with his way of thinking.

However, there is a second conversion story in this account. There is the story of the conversion of Ananias, maybe closer to home for us. Ananias is a disciple of Jesus, who listens to the Spirit and who is ready to hear the voice of the Lord. “Here I am Lord”. He is given a mission, a new appointment: Go, find this man of Tarsus. Ananias is very much like us, or should I just say like me. He has his doubts, his fears, his prejudices. “Lord, I have heard so much about this man, he has done much harm.” But he is told: “Go I have chosen this man as my instrument”.

And Ananias goes, in spite of his fear. He is humble and obeys the Lord. He believes that this criminal is also a son of God and that God is free to choose as his instrument whomever He wishes. He changes his glasses, drops his prejudices, and goes in search of Saul. He approaches Saul and lays his hands on him so as to heal him from his blindness. He shares with Saul, now baptised Paul, his spiritual gifts of trust in the Lord, who sent him—gifts of healing, of hope, of the presence of the Holy Spirit. I have often wondered how we actually share our spiritual gifts with one another.

How many times have we lived parts of this story in our communities? How often have we circulated hearsay about our brothers or sisters before they arrive in our communities? How many prejudices do we carry about people of this or that origin, culture or religion? How many rash judgements do we make about migrants, prostitutes or people living on the street? How often are men prejudiced against women and women against men? Missionaries of Africa against MSOLA and vice versa? Ordained ministers and laity? What will make us change our glasses and see the other as God sees him or her in their full potential as children of God? 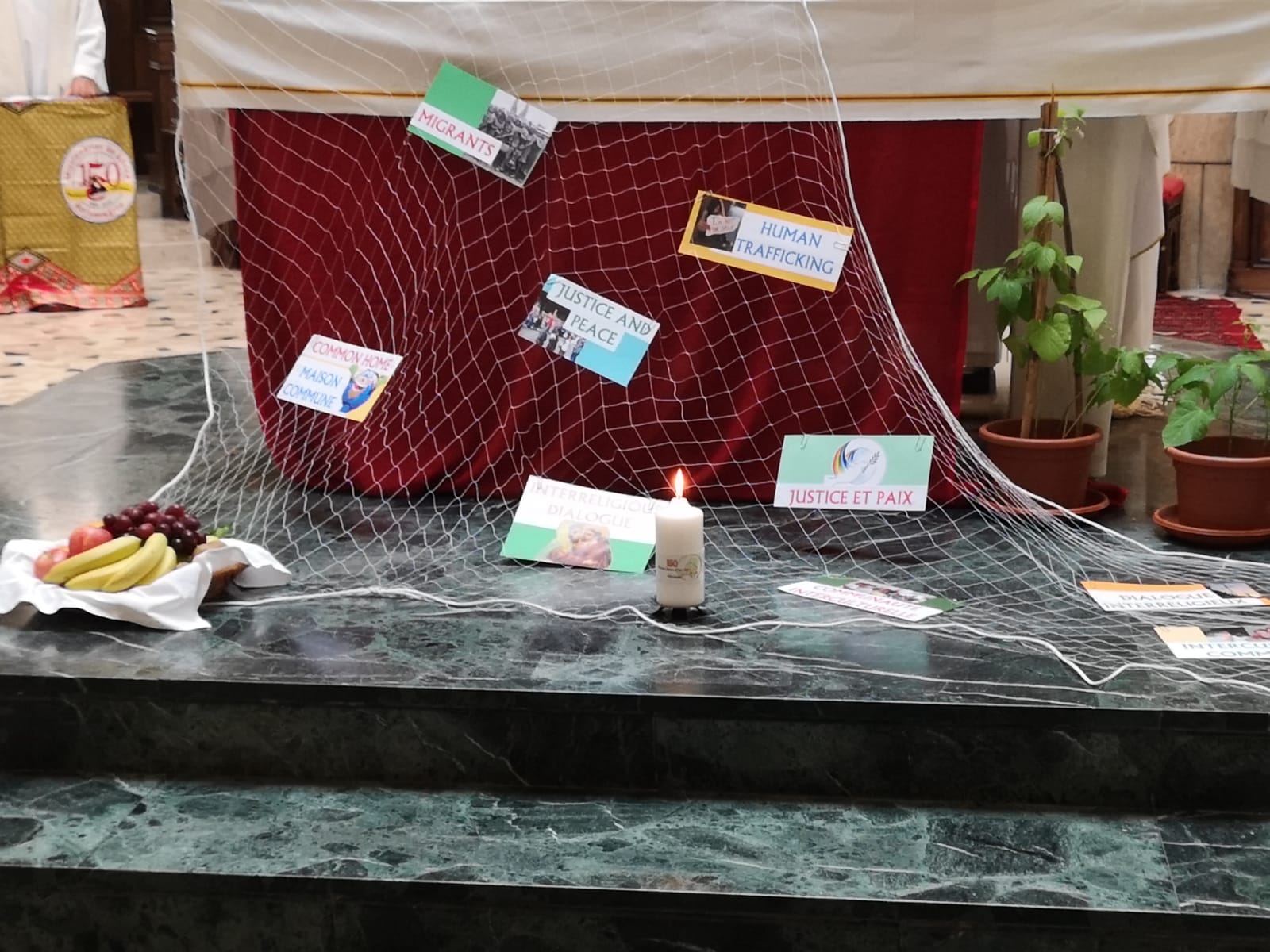 Indeed this is one of the calls we hear today, at the closing of our jubilee: the call to make of our differences an opportunity and a blessing. Our multicultural communities, made up of so many different cultures, not only because of our various nationalities, but also because of our difference in age, in mentality, in ways of understanding theology and mission. These invite us to open our eyes, to make efforts to understand one another, to see that we are not meant to be alike; we are meant to be different; and that in integrating differences we can offer to the other a space of hospitality. How dull would our world be, how insipid our communities, if we all thought and acted the same way. But welcoming one another takes a lot of effort. Indeed, wherever we are, to prepare our jubilee celebrations together–Missionaries of Africa and MSOLA, a lot of goodwill was needed to go beyond differences. It was not always easy, but the results showed us that it was worthwhile. Let us hope and pray this fruit of the jubilee, the ability to work together for the good of our common mission, may continue to develop.

The readiness of Ananias to obey allowed Paul to become the great apostle of the gentiles and therefore fulfil the mission that Christ had for him. This was also the wish of Pope Francis in his address to us on February 8th, 2019 as he prayed: “May the Spirit make you builders of bridges between people, there where the Lord has sent you. May you be able to contribute to making the culture of encounter grow, to be at the service of a dialogue that, in respecting differences is able to draw richness from others’ diversity.”

It was also the wish of Cardinal Lavigerie that we become who he meant us to be: “May you never lose sight of the character and spirit which are specific to your Society. Indeed, it has a special aim from which it should never deviate without losing its very reason for existing. It is destined to the non-Christian peoples of Africa….

During this year, through short films and writings, through our pilgrimages in Tunisia and Uganda, we remembered the heroic beginnings of our brothers and sisters. Their journeys, their lack of means, their isolation–these brought home to us their complete gift of self. Where they arrived, they were concerned by the whole person, the integral wellbeing of the person and so they quickly started schools and hospitals, they took care of the poor, the lepers, the sick, the orphans. They went out towards the people, sometimes making long trips on donkeys, camels or on foot in order to visit a sick child, a family in need. They built Christian communities, taking care of forming catechists, clergy and local congregations. As Cardinal Lavigerie wished and in the image of St Paul, “they were neither explorers, nor travellers, nor tourists nor scholars, nor anything other than seekers of souls”.

May the same be true for us, the apostles of today so that the seed that has been sown during this jubilee may grow and give abundant fruit.”