Sr Lea Ackermann hands over the management of SOLWODI

Tribute to an exceptional woman

The young Lea Ackermann from Völklingen, in Saarland, joined the Congregation of the “Missionary Sisters of Our Lady of Africa” in 1960.

After long studies in Munich, her wish came true in 1967 and she was able to go as a teacher to Rwanda and to Kenya. It was there that she was confronted with abuse, prostitution and human trafficking. These experiences prompted Sr. Lea Ackermann to make a pact with God: she would take care of his forgotten daughters, but in return, he must not abandon her.

Sr Lea is fulfilling her end of the bargain! In 1985, she founded SOLWODI in Mombasa, Kenya to enable women to build a livelihood and thus get out of prostitution. As Sr. Lea discovered after returning from Africa, many migrant women are also victims of violence and hardship here in Germany. 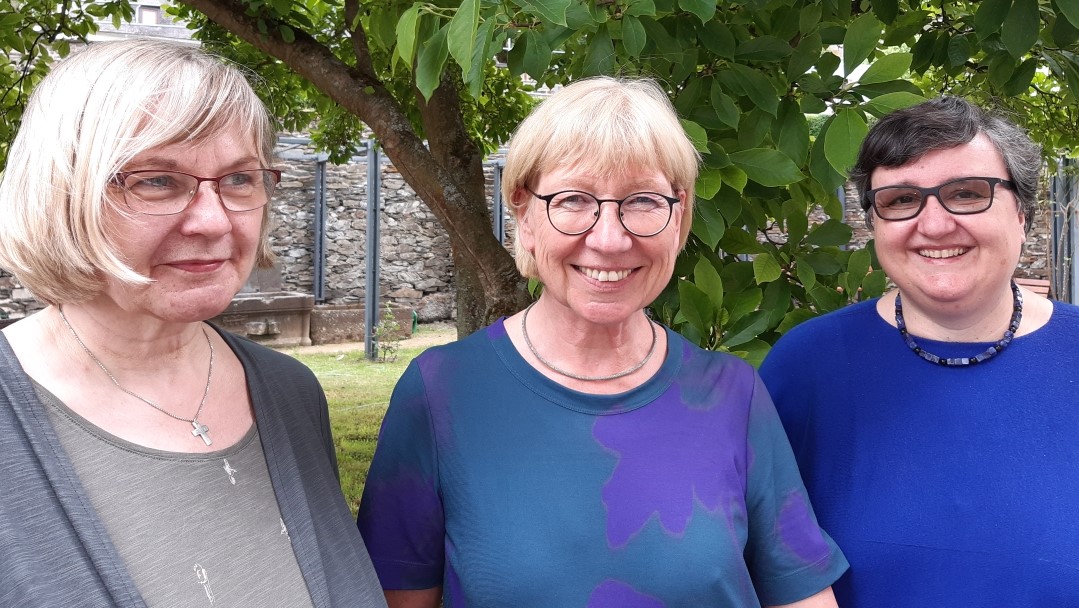 Sr. Lea is a courageous fighter, who never gives up in the face of hardship and injustice and that is why in 1987 she founded SOLWODI in Germany. Thanks to her tireless commitment, women can now benefit from effective support in 19 specialized counseling centers and seven shelters. In 2012, Sr. Lea Ackermann received the Order of Merit from the Federal Republic of Germany for her commitment. In 2019, Federal Minister Dr. Gerd Müller presented her with the “Eine Welt (One World) Gold Medal” for her life’s work.

Now, Sr Lea has not only a pact with God, but also with the new board of directors of SOLWODI, so that the work of her life may continue for the best and according to her wishes. We are committed to it and hope that she will continue to provide us with her wise advice and active public support for a long time to come.

Lea Ackermann shares with us her commitment to continue the collaboration in Africa:

“Back from Africa in 1988, I made a new start in Boppard-Hirzenach. Here, SOLWODI’s work in Germany has grown and there are always new challenges. However, the situation of women and children in Kenya is even worse and there are strong ethnic conflicts. Enabling a future for each and every one of these children is currently the main focus of my commitment. When I write this, I think of Garcia Noeli.

She is the daughter of a Kikuyu mother and a Luo father. Her father was violent, he beat his wife and child, and the mother fled this marriage. The father brought his daughter to his family, but the Luo family rejected her saying she had “bad blood”. She was beaten, often received no food, and was thrown into the streets. When the mother heard about this two years later, she returned and brought the daughter to her home but the mother’s family refused to welcome this Luo child. Thus, they lived on the streets most of the time exposed to all dangers. When the police brought Garcia Noeli to our shelter, she was barely six years old, but she had experienced violence, hunger and abuse.

It is for these children that I want to commit myself, especially now that I have entrusted the management of SOLWODI to younger people.”