I was born in Plouguerneau

During her African missionary life, it was Kabylia that welcomed her and she has wonderful memories. She also spent many years in France, always to render the humble service of cook there. With great kindness, she responded to our little interview.

Anna, are you from the family of Mother Marie Salomé?

She was a relative from afar, but I knew her family well. In Plouguerneau where I was born, I was close to one of her nieces. We were five children, I had two older brothers and two younger brothers. Only the youngest remains, my godson, whom I telephone.

In what language do you speak to him?

In Breton, of course! I even pray in Breton. When I arrived in Kabylie, I was told that it was a very difficult language to learn. I learned it with extraordinary ease because the resonances resemble Breton. I was fortunate.

Plouguerneau is by the sea. Were you fishermen?

No, we were farmers. When the wheat was mowed, the bundles were tied with straw ties, they were put in a heap, they were passed to the threshing machine to separate the grain. We took our wheat to the mill and we brought back the flour with which we made bread for 8 days. It was a lot of work. Friday at noon, we ate large pancakes with salted butter.

Do you have any other memories of your childhood?

There were quite a few missionaries in the village, that’s how I got to know the White Sisters. Every evening, we had family prayer. We were all on our knees, on the dirt floor. It was my grandfather who began: Our Father, Hail Mary, I believe in God, I confess to God, the commandments, the 3 acts of faith, hope and charity. After supper, we played dominoes. As a child, I always wanted to be a teacher. My mother told me that we weren’t rich and that they couldn’t afford my studies. When I was given money, I never bought myself candy but chalk and I taught school on my own. I was alone, talking to the students…

In fact, during my 70 years of religious life, whether in Algeria or in France, my main activity was cooking. I liked this work, even if sometimes I did it out of obedience. The plans of the Lord are not ours, but it is always in responding to them that we find joy and happiness. 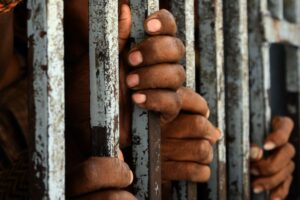 Pastoral work in the prison of Laghouat, Algeria
December 8, 2022 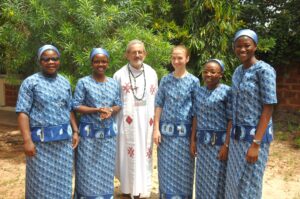 A novice participates in the vows of five sisters
November 28, 2022 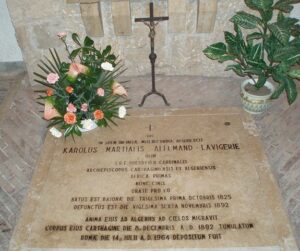 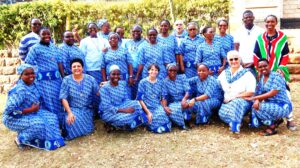 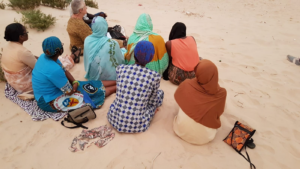 Season of creation in Nouakchott
November 21, 2022
Manage Cookie Consent
To provide the best experiences, we use technologies like cookies to store and/or access device information. Consenting to these technologies will allow us to process data such as browsing behavior or unique IDs on this site. Not consenting or withdrawing consent, may adversely affect certain features and functions.
Manage options Manage services Manage vendors Read more about these purposes
View preferences
{title} {title} {title}