A storm at sea 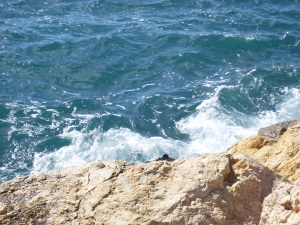 On the 9th September 1869, eight young women from Brittany in the West of France, arrived in Algiers. This was one day later than foreseen due to a very bad storm while they were crossing the Mediterranean. And thus begins the history of the Missionary Sisters of Our Lady of Africa!

Msgr. Lavigerie, bishop of Algiers, had been waiting for them. Not seeing their arrival, from a high hill in the city he sent his blessing on the troubled sea and on the troubled beginnings of the future congregation.

From the time of his arrival at the Episcopate in Algiers in 1866, cholera was raging in the country. There were many victims both from the famine and the illnesses that followed, leaving many orphans. To answer these needs Msgr. Lavigerie wanted to found a Congregation of sisters. But where to find religious missionary vocations? He sent to France Father Le Mauff, a priest from Brittany living in Algiers. He was to look for young women who were ready to respond to God’s call to serve his people in Africa. What was being asked was not easy: “I don’t promise any wealth nor human greatness, but poverty, hardships, self-denial, and possibly a martyr’s death.”

Eight young women decided to leave for Algiers. What an adventure awaited them! Most of them had never left their home in Brittany and they had to survive a storm before reaching the African soil for the first time. Upon arriving in Algiers they asked themselves: “Where are our Sisters?”- They soon realized that they were the first ones: “Well, if we are the only ones to begin, it’s going to be fun!”
Other young women from France and Belgium soon followed. On 25th September 1869, there were twenty-two postulants. The first novitiate opened in November 1869. The first vows were pronounced on April 30th 1871. 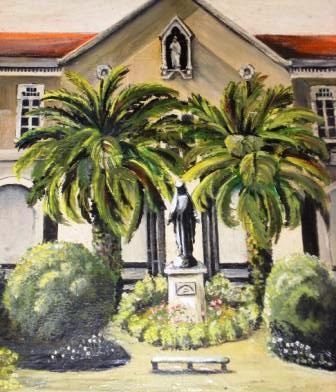 The first sisters worked the land, prayed and lived in simplicity and joy, even when they had to work hard. They cared for the orphans. Msgr. Lavigerie realized that sisters were needed for material work, but sisters were also needed for teaching catechism and the education of children. Farming would come in second. Education of children and relations with the women was to become the principal work of this Congregation of Missionary Sisters.

In 1871 he sent the first group of sisters to Laghouat in the Sahara Desert. A postulate was opened in France.
In 1873 some couples were formed from the young orphans. Each of these couples was offered a house and land in les Attafs. A community of fathers and a community of sisters were sent there to take care of the new families. The sisters were to care for the material needs of the village. It was hard work. The sisters did well in craft schools, dispensaries and hospitals, visiting families and taking care of orphans. However, Msgr. Lavigerie did not believe they could run their own affairs. He wanted to merge them with other existing Congregations but those plans did not work out. Finally he decided to dissolve the Congregation and send the sisters home.

Sister Marie Salome had been elected Superior General In 1882. She was a woman who firmly believed in the young Congregation and had the qualities to lead it. Mother Marie Salome and Sister Marie Gonzague went to see the founder to convince him to let the Congregation live. Nothing doing! He seemed to have decided. The two sisters went to pray in front of the statue of Our Lady of Africa vowing that if Mary interceded for the continuation of the Congregation, they would place her statue in front of the Motherhouse.

Events took a more favorable turn in 1885. Cardinal Lavigerie was called to Tunisia so he left the matter to Bishop Dusserre who found that the sisters were doing quite well. He became their advocate with the Cardinal and so the Congregation of the Missionary Sisters of Our Lady of Africa continued to develop and spread throughout Africa. Today we are present in 15 countries of Africa.