The Basilica of Our Lady of Africa 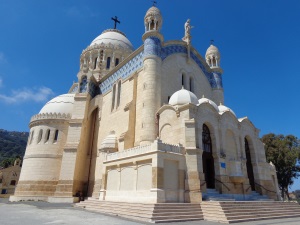 The Basilica of Our Lady of Africa is a shrine dedicated to the Virgin Mary the Mother of Jesus commonly referred to in Algiers as Lalla Myriam or Madam Africa.

It is a prominent place for meditation, forgiveness, silence, prayer, peace.

The origin of the Basilica

The Basilica of Our Lady of Africa was built thanks to the faith and tenacity of two Christian women, Marguerite Berger and Agarithe Cinqin. They were able to convince the bishop of Algiers at the time, Bishop Pavy (1846-1866) to undertake the construction of the building (1846-1866) which was finally inaugurated by Cardinal Lavigerie in 1872. It is the work of the French architect Jean Eugène Fromageau. The exterior is built in a Byzantine style, while the inside is inspired by Spanish-Moorish architecture.

From the beginning the basilica has been a place of prayer and pilgrimage for generations of Christians who came to pray for themselves, for their children, for sailors at sea, for missionaries who left to preach the Gospel, for combatants, prisoners and the sick. 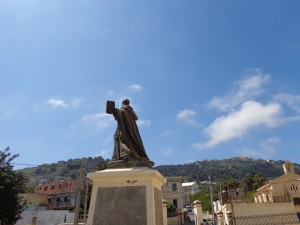 What is unique is that it is a Christian basilica in a Muslim country:

But from the beginning, what has given Our Lady of Africa its special meaning, are the crowds of Muslim Algerian people who come. Very early, in fact, they had to associate with the humble pilgrimage to Our Lady of the Ravine, before visiting Lalla Myriam in the basilica. The inscription on the apse is present to this day to give this dimension of prayer “Our Lady of Africa, pray for us and for the Muslims.”

Beyond the barriers established by the doctors of the Law among the religious denominations, their simple faith brought believers here to pray to Mary. Often they did not know that one of the verses of the Qur’an is named after Mary, the only woman mentioned by name in the book of Islam. And often they did not know another text which used the very words of the “Hail Mary,” or that of the encounter between Mary and Elizabeth on the day of visitation when “The angels said: O Mary! God has chosen you, in truth, he preferred you; he has chosen you in preference to all the women of the universe” (sour. III, v.42). 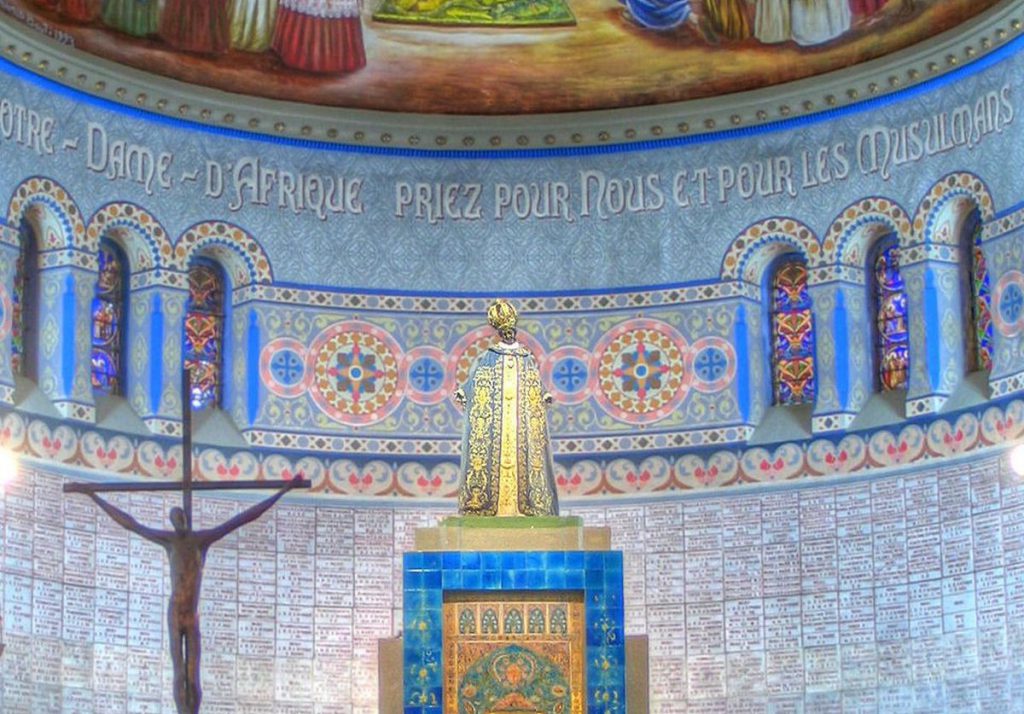 The scholars of Christianity and Islam are seeking sources for theological arguments that can establish respect and peace between the two faiths. But the simplicity of ordinary believers leads them, quite naturally together, to the house of Mary – Our Lady of Africa – to present their supplications to God or their thanksgiving. The walls of the basilica bear witness to this fervor and make visible the faith of humble people, praying to God with Mary.

This veneration which goes beyond the borders of religious communities has found a very significant blessing, through the commitment of all Algerian structures whether public or private, French or European, in the great work of restoration of the basilica. The effort, more than ever necessary, to establish peace between the two great Christian and Muslim worlds, finds in the Basilica of Our Lady of Africa, an eloquent symbol. It is located above the popular neighborhood of Bab el Oued and visible from the entry into the Bay of Algiers when approaching the city by boat. It is a gift of God for Peace, given to us under the title of “Our Lady of Africa.”