Dear Mr. /Mrs…. We need to transform our economic system

MIGRANTS : Faced with this situation the Sisters of Our Lady of Africa and the Missionaries of Africa sent a letter to political leaders of the European Union and European countries,

asking them to address the causes of migration and proposing a change in the economic policy.
In May and June, many migrant trying to get into Europe lost their lives crossing the Mediterranean. Despite numerous protests, statements and letters from associations, individuals and some politicians, the European Union, and most European governments and politicians continued to strengthen the closure of their borders to prevent economic migrants and political refugees from entering in Europe.

Dear Mr. /Mrs….
We need to transform our economic system:
We appeal to you
o To promote in your own [party, government, parliament…] a reflection on the root causes of migration and a discussion on the required transformation of our economic system.
o Initiate and continue critical public discussions on the disastrous long term social and ecological effects of a purely profit and growth driven economy and promote policies that reduce inequality, protect natural resources and produce development chances for all.
o Eliminate gradually existing policies that violate the economic, social and cultural rights of people.
o Make the Sustainable Development Goals (SDGs) the guiding principles for all government policies at national and European level.
Unless we begin to create conditions that favour development for all, reduce the glaring inequalities and protect natural resources for the benefit of future generations, migrants will keep coming.

Address the root causes of migration
The heated discussion about how to save refugees and offer them a life of safety and dignity often ignores the deeper causes of why they leave home in the first place. Unless Europe begins to analyze and address these root causes, refugees will indeed keep coming.

Many of the desperate refugees who cross the Mediterranean escape from the horrors of wars, local conflicts and/or brutal dictatorships. Many others are “economic” migrants. They are escaping from misery. In not a few cases their misery has been brought about by the expropriation of their ancestral lands in favour of investors, by trade agreements, far more favourable to the highly industrialised countries than to Africa and by plundering Africa’s rich mineral resources without benefit for the local population.

Development aid, it has to be said, is not an adequate answer, as too often it benefits the donor more than the receiver. Africa needs be helped to increase the productivity of its small farmers, to develop its own markets and to process its own very considerable wealth in raw materials. Migrants will keep coming if we do not address the root causes.

Past and present policies have created unacceptable levels of inequality, lead to social tension and violent conflicts and forced people into migration. The Structural Adjustment Programmes of the IMF and the World Bank in the 80’s forced indebted countries to change their agricultural policies in order to produce for export, not for the needs of the local population. As a result countries lost their food security and became dependent on food imports and exposure to the volatility of the world market prices. 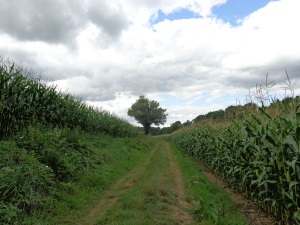 When European countries started exporting their highly subsidized agricultural surpluses at dumping prices onto the markets of developing countries, local producers were pushed out of the market and ruined. Since colonial times the industrialised countries and now also emerging economies are plundering Africa’s rich resources of minerals, oil, gas, fish, timber and land without any tangible profit for the local population, often destroying their livelihood and impoverishing them even more.

Since the crisis of 2008 the poor are robbed of their last resource: their land. Often under pressure from the World Bank and IMF Governments allow foreign and local investors to disposes local farmers. The new owners are to produce feed for our cows and bio-fuels for our cars in the West. Meanwhile those evicted are forced to join the ranks of the urban poor or try all means to reach Europe.

The forced imposition of free trade and investment agreements like the European Partnership Agreements (EPAs) are likely to enrich foreign investors and local elites while pushing the poor deeper into poverty.