Celebrating our 150th anniversary in Winooski

Here we are on the threshold of our jubilee year…and Winooski community already had the joy of opening the celebrations! Looking at the past with gratitude, living the present with passion and the future with hope: This was our journey of the past three years towards our 150th anniversary! 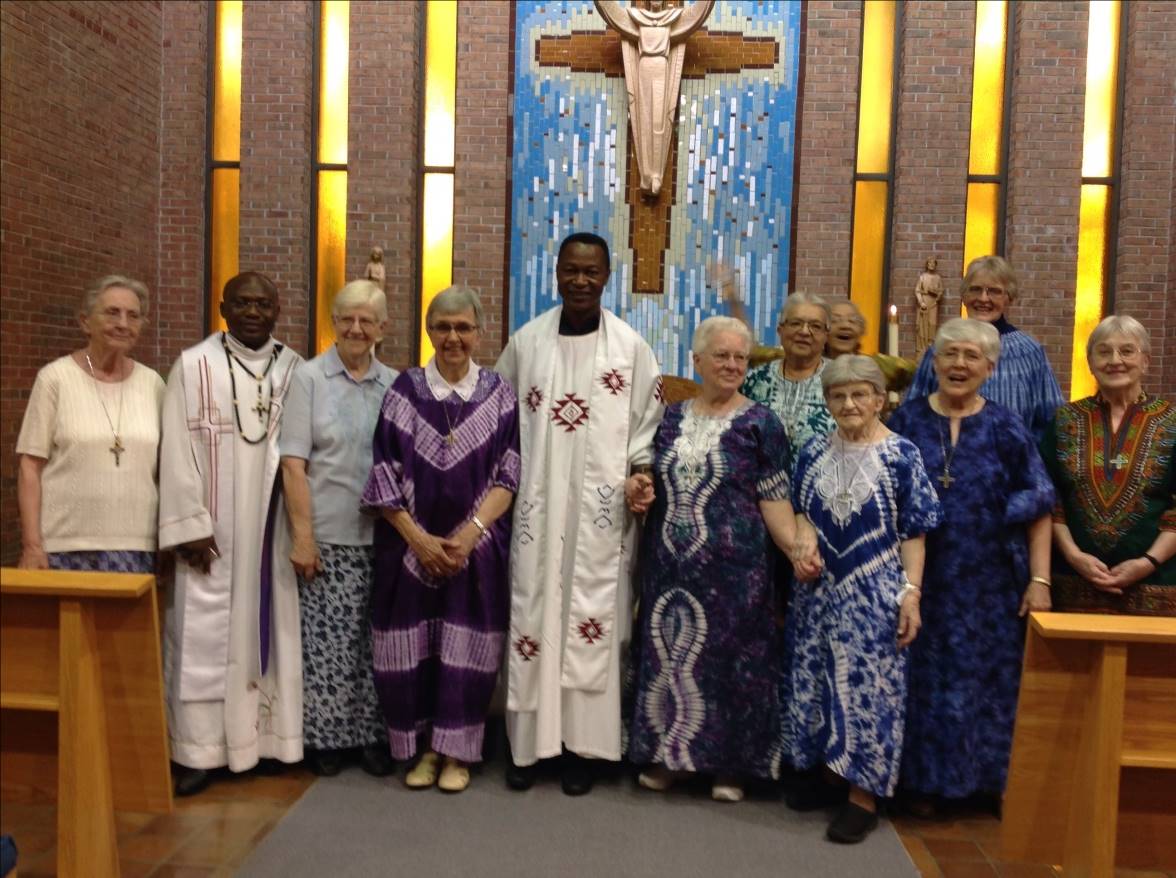 Let us celebrate together

We had been reflecting since last October, when our brothers, the Missionaries of Africa in Washington DC, contacted us to ask about how we could celebrate our 150th Jubilee together.

We, Missionary Sisters of our Lady of Africa reflected – and eventually told them that our greatest desire was to have a Eucharist together with them after the Holyoke community had moved here in Winooski community. Washington DC is quite far, and most of us had not had a Eucharist with a Missionary of Africa for several years, given the distance…

What a wonderful surprise it was when we were contacted by one of our brother to tell us the good news that two of the Missionaries of Africa would drive up Winooski to celebrate with us on 18th of  August.

Family celebration with an African tune

We were thrilled and immediately began planning!  The key word was simplicity, since we looked forward, above all, to a “family” celebration – and the Fathers felt the same.

Each of us chose a different area to look after, sometimes alone sometimes with another:  the Liturgy, the preparation of the Chapel, the decorations in the dining area, ordering and picking up the food, and so on… We had prepared an African liturgy: music, intentions and all, and the Fathers had brought their African vestments as well as the Fathers’ African Canon of the Mass. They also brought a big banner which announced the 150th and which they put up in the chapel during Mass and later in the room where we ate.

Most of the afternoon was then spent in fraternal sharing – which concluded with a spiritual sharing about some of our missionary experiences and about how we are living this Jubilee year. 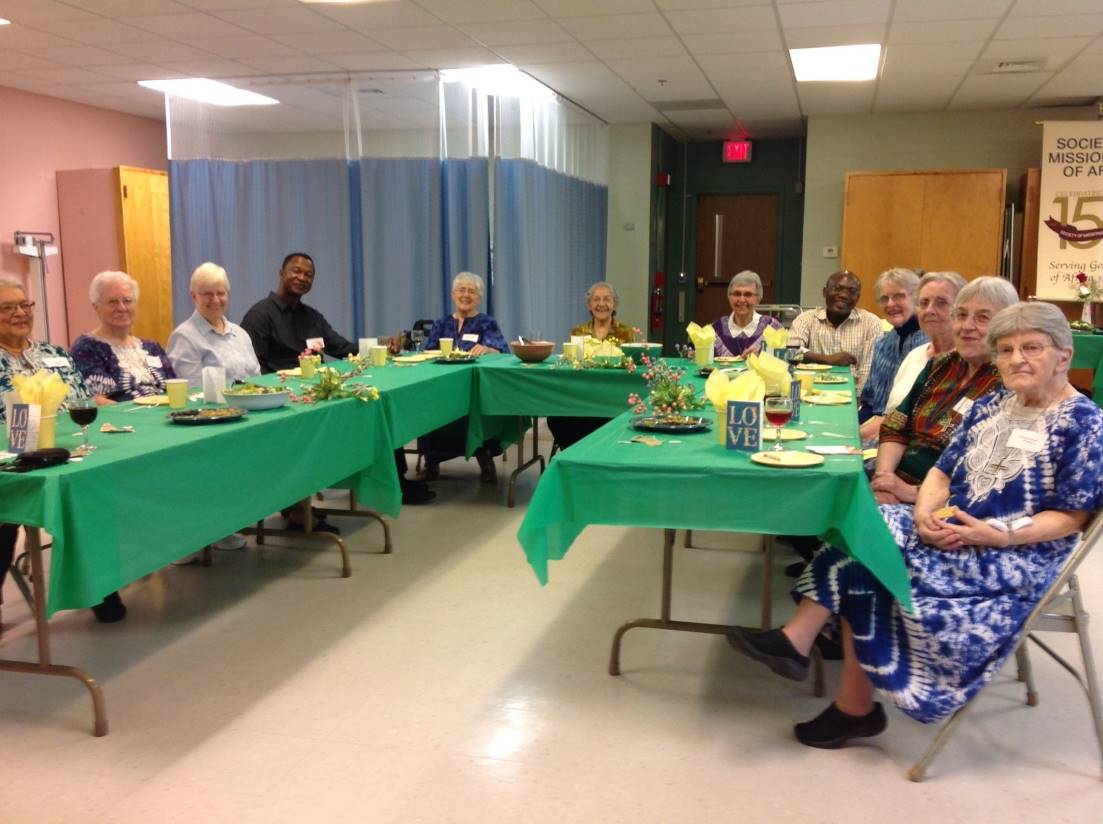 After supper we had a special hour to which we had invited all those who wanted to come and hear our two brothers speak of “Africa today” and answer their questions.  There were about 30 of us gathered for this very interesting evening.  It was a wonderful day and we will cherish memories of it!

As for ‘our brothers’, how can we thank them for making this a wonderful day for all of us!  They told us that they really wanted to do this in order to thank us, the older generation, for our love for Africa and for everything we did there. They called themselves the fruits of our efforts but we know that, above all, they are truly our younger brothers!