Muslims speak of the beatification of the Martyrs of Algeria

Pope Francis made a historic visit to the United Arab Emirates by transmitting a message of peace and promoting interfaith dialogue between Christians and Muslims. In December 2018, in Algeria–a Muslim country, we celebrated the beatification of the 19 martyrs of Algeria. Many Muslims participated. The event itself has become a beautiful message of peace, fraternity and interreligious dialogue.

Here we want to highlight what Muslims have said about this event and about those Christians with whom they have shared their lives and who have been witnesses to God’s presence among them.

The Bishops of Algeria saw in this religious ceremony «a call to build together a world of peace and fraternity» During the ceremony, Bishop Desfarges, Archbishop of Algiers, recalled that «144 Algerian Imams had also been put to death for refusing to sign fatwas justifying the violence of the armed groups, as were intellectuals, journalists and families who refused to obey the armed groups». A moment of silence was observed in order to pay homage to the many thousands of victims of the Algerian civil war (…), “anonymous heroes of daily life.” 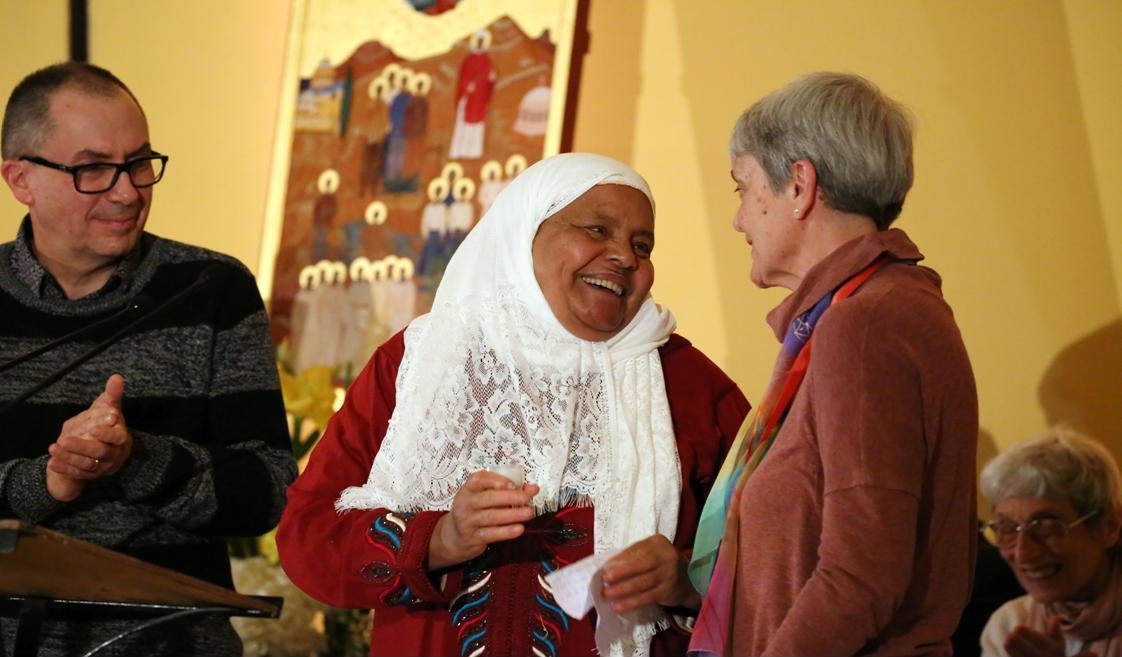 The mother of Mohamed Boushikhi, a Muslim murdered with Pierre Claverie said, “As the mother of Mohamed who left us with our beloved Pierre Claverie, I am very moved by this fraternal gathering, because we have understood one another well, their universal message. And we have no right not to hear them. It would be to betray them. May people all over the world hear them and continue to build peace.” (In the photo, Mohamed Boushikhi’s mother and Pierre Claverie’s sister.  The bishop and his driver were murdered together.)

A Tunisian man and woman, believers of Islam, who had known some priests in Tunisia, said in speaking of one White Father:  «I remember his fatherly love, the quality of his relationships, his great simplicity.  He was calm, humble, and this permitted a respectful relationship. He was a man of prayer; he was respected as a marabout in search of the absolute…»

Farouk, from Oran, who participated in the vigil with his wife, summed up his deep emotion during the celebration with these words as he left the Cathedral: “This evening we, Muslims and Christians were one in God.» 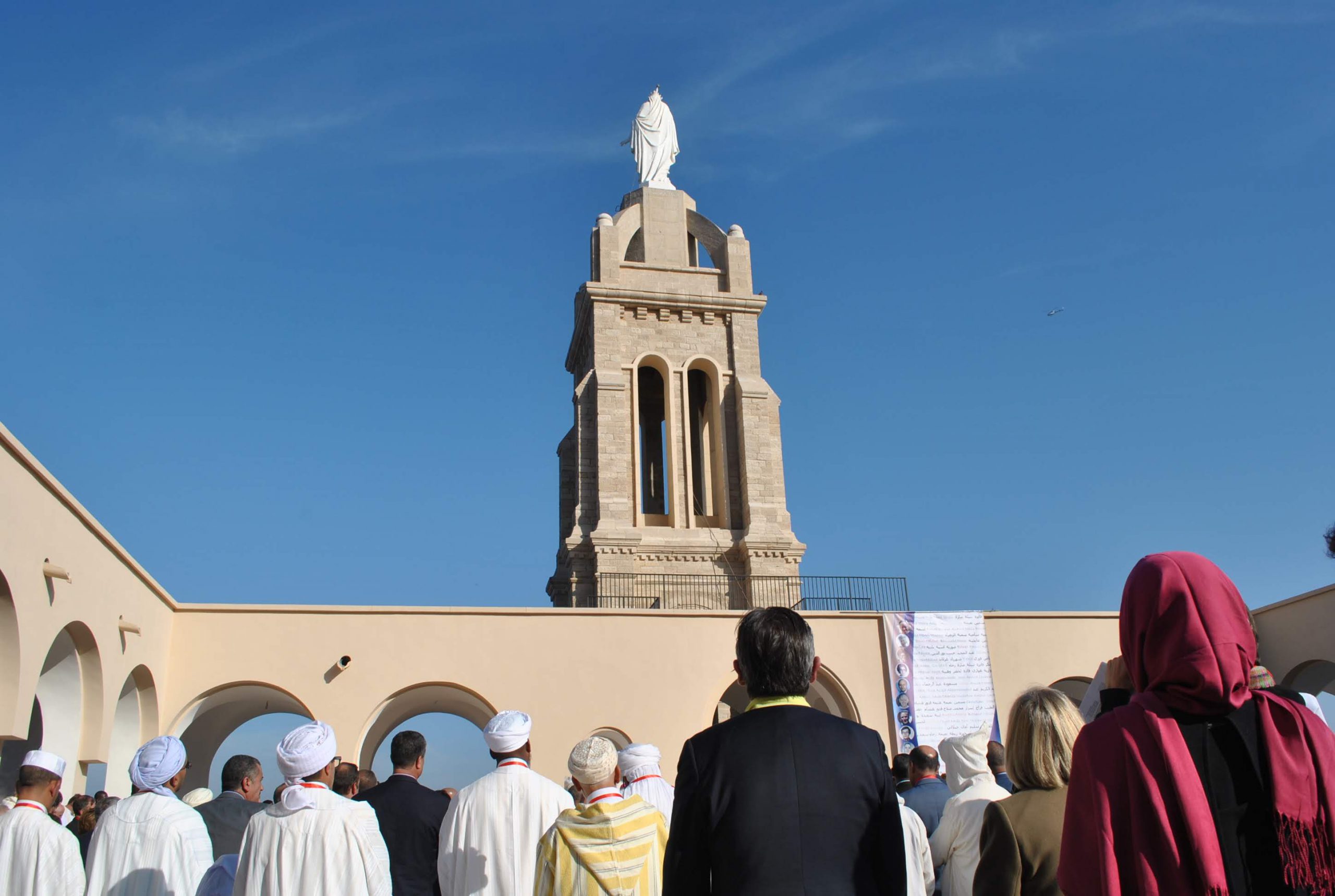 A bit everywhere In Algeria and in France, but also throughout the world, Muslims and Christians could share in the stories, anecdotes and quotations related by the speakers in all simplicity throughout the evening. At the end of the ceremony, a Muslim friend of Bishop Vesco, pointing to the statue of the Virgin turned towards the sea, said to him:  «Look at her! She turns her back on us but takes with her everything that we have lived and turns towards this sea which can become a space of peace and openness for our world».

Kheira, a journalist for an Arabic daily newspaper, says:   «Ever since I knew that these beatifications would take place, I have been hoping to participate», assured and convinced that «if we are not open to one another, we will fail in our duty».

«We are happy that Christians can pray in Algeria. It used to be that way and we didn’t even speak of ‘Christians’ and ‘Muslims’: we didn’t need to make a difference.  It’s the Dark Decade that ruined everything» sighed an Algerian woman, who also longs for the «peace» which is on everyone’s lips.

“We Muslims unite ourselves to this event with great joy», explains Mostapha Jaber, the imam at the Great Mosque of Oran, “these Christian martyrs killed during the great national tragedy, were persons of peace, persons of good faith, persons who had a specific mission: that of spreading peace”. 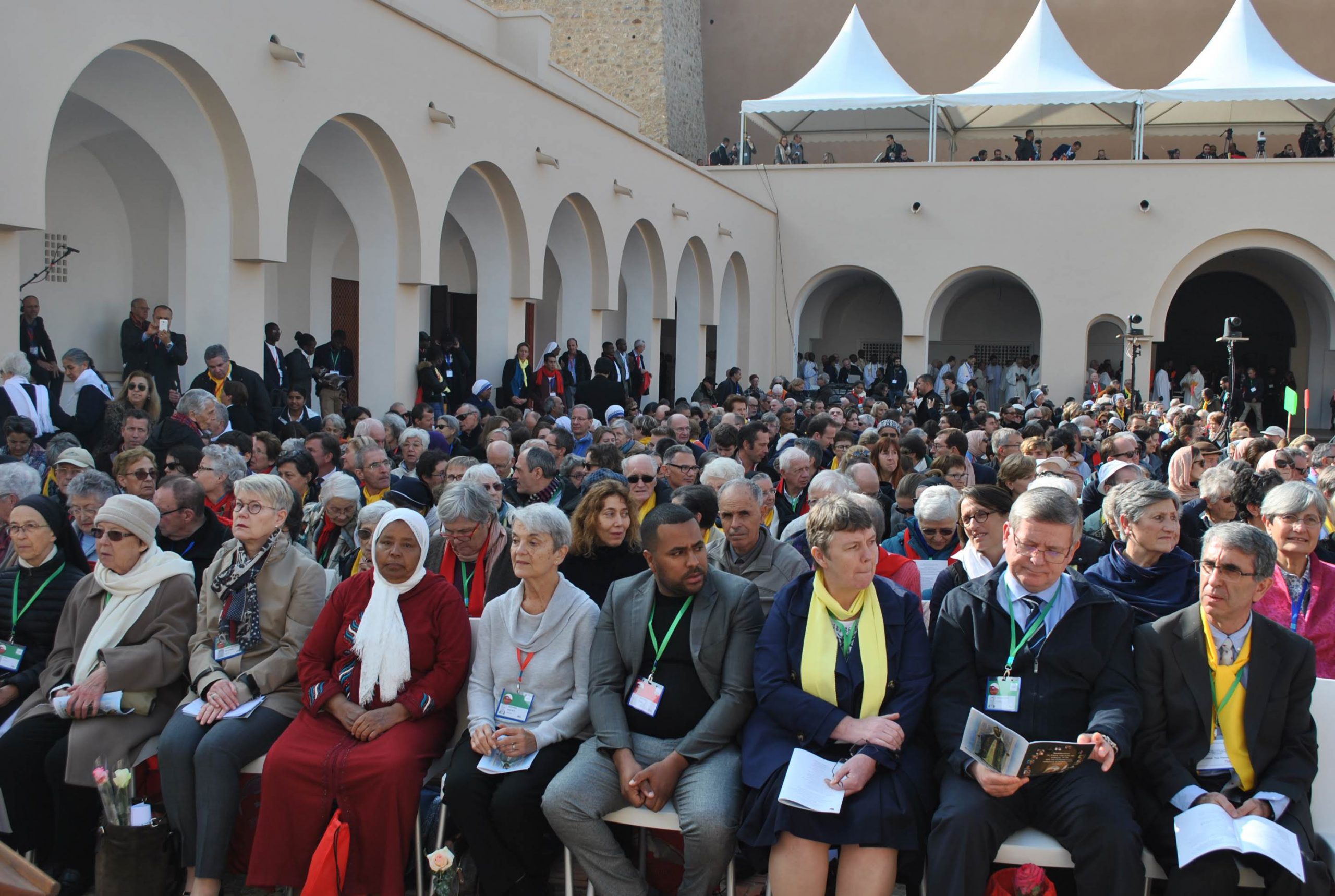 The manner in which these martyrs were attached to their adoptive country Algeria in an exceptional way through friendship with the people, respect for differences and fraternity lived day after day is a model for all of us. Because they have lived friendship between Christians and Muslims to the end, because they have proclaimed «universal love for all», the recognition of these 19 new martyrs by the Church is a prophetic act.

Bishop Vesco of Oran said: «The beatification is a message of fraternity and friendship, and the heart of this message is that differences of religion are not an obstacle to life, to relationships or to mutual respect. The Church gives these 19 men and women as an example for Christians. It is a model of ‘life in relationship to the other who is Muslim’ because he/she is Muslim. It is a question of relationship which goes as far as giving one’s life, living the risk of a life totally given, as these 19 martyrs did.  This beatification bears witness to an entire Church of which many members live the here and now of their daily life in the midst of a Muslim people.   And that is what is beautiful.  The message of this beatification is that holiness is within everyone’s reach.»

These religious women and men had chosen to give their life to Christ in a majority Muslim country – under the sign of «the friendship which comes from God».