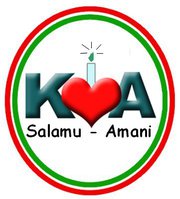 Miss TABU Amisa Marguerite, a catechist in Christ the King parish in the diocese of Kalemie-Kirungu, gathered children every Sunday after Mass under the mango trees, to give them a bit of joy and relaxation with dancing, games and instructions. 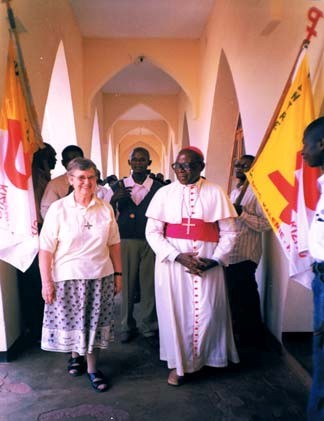 In 1977, she asked Sister Tina Anthonissen, Missionary Sister of Our Lady of Africa, to help her to structure and expand these meetings. Sister Tina, who was had been involved with the Chiro Movement and the Eucharistic Crusade, was able to start the movement, not only for games and dances but especially for the Christian education of children and young girls. Besides the girls of Christ the King parish others joined from Mateo de Kifungo parish, St. Albert parish in Kalemie and from the parishes of Lubuye and Kaseke.

Already in 1976, the Kizito group for boys was born under the leadership of Father André Thijs, Missionary of Africa. He called the acolytes of Mateo Parish in Kifungo (Kalemie), the “Kizito boys.”

At first they were 25 to 30, all very faithful to their service to the Lord Jesus in the Eucharist every Sunday and also on weekdays. They put a lot of dedication and zeal in preparing the celebrations and the maintenance and decoration of the parish church of Kifungo. 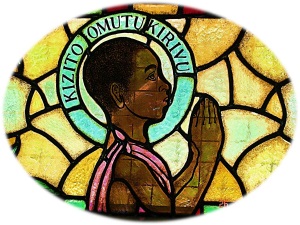 Wanting to deepen their Christian faith as young people trying to live in the reality of their teenage life, they met every Wednesday at 3 p.m. to prepare the gospel of the following Sunday. Father André invented a small practical point for them to live during the coming week, at home and in the village school. They loved hearing the beautiful story of Jesus of Nazareth and the heroic witness of the little Kizito and his companions “the Uganda Martyrs.”

On Saturday afternoon, the boys carried out an apostolate by visiting the sick, searching for firewood beyond the river Mulobozi for the blind and poor, or for old people accused of “walozi” (witchcraft). During the rainy season they swept the small huts of these people rejected by the village. The bravest of them even became a little missionary by telling the story of Jesus or their great friend Kizito … On returning home, their missionary bundles on the head, the whole village was amazed to hear loud chants of “wa-kizito” and see their joy and commitment! Their enthusiasm was really contagious! Other young people of the parish joined them … 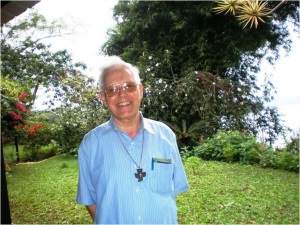 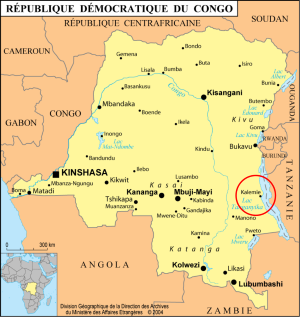 Mgr André Kaseba, then president of the Episcopal Conference of Congo, sent the movement to another corner of the country and made it known to his fellow bishops in Kinshasa. Eight major seminarians launched the KA movement in the youth ministry of the whole archdiocese of Kinshasa. KA then spread to other countries such as Cameroon, Uganda, Congo-Braza, Guinea … The little seed KA, broke ground in Kalemie-Kirungu, found fertile soil everywhere and bears abundant fruit