The preparations for the celebration of the 150th anniversary of the Missionaries of Africa and the Missionary Sisters of Our Lady of Africa began in the various places where our communities are located and numerous activities are being organized to invite others to join us in the joy of celebration! 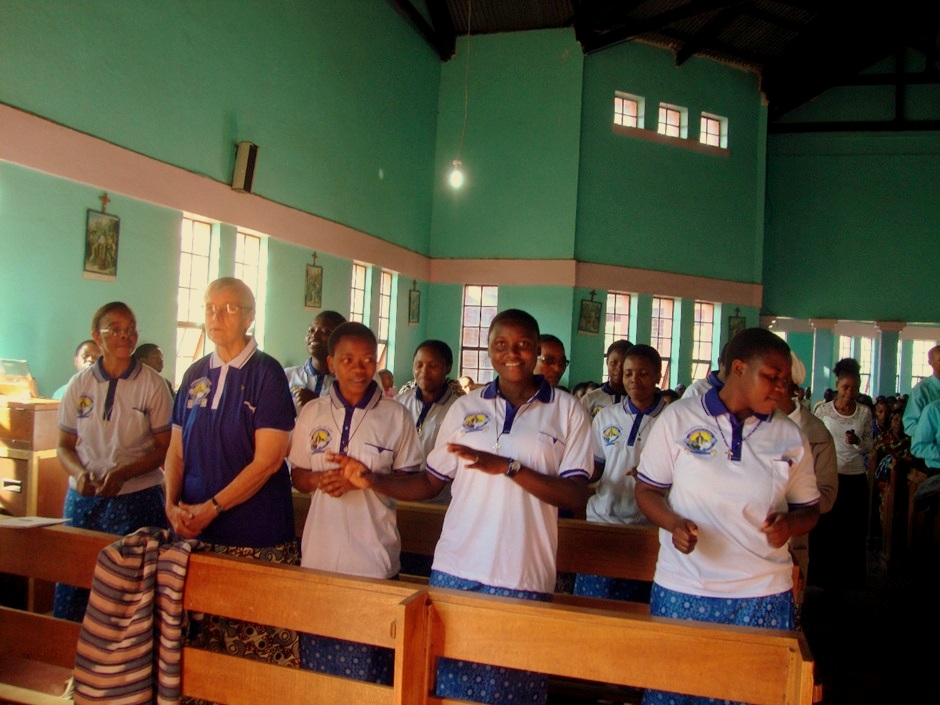 On September16th, 2018 the postulants and sisters from the community of the Missionary Sisters of Our Lady of Africa together with the parishioners of Loruvani parish gathered on the church grounds for a procession with joyful singing. The Eucharist lead by the parish priest was a thanksgiving celebration for the grace of 150 years of existence of our Congregation.

We entered the church carrying the images of our Founder-Cardinal Charles Lavigerie, Mother Marie Salome, the statue of our Lady of Africa and a candle representing the light of Christ. Our Community animated the Mass with singing, dancing and readings. The Holy Mass commenced with an introduction by one of the Sisters.

The main celebrant stressed that we were all called to be evangelists of the love of God for all, to support our neighbour and those in need. This, he said, will lead us to walk in the presence of God. He added that as religious we also need to have a heart to serve God through his people and leave behind our families and friends… 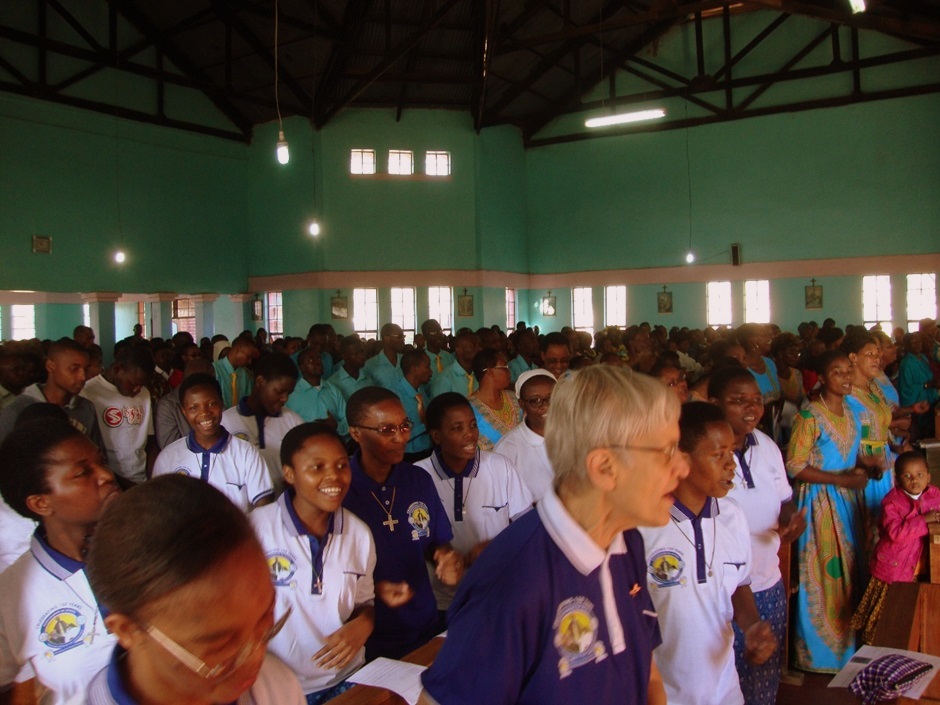 Before the concluding prayers, we were called upon to introduce ourselves, beginning with the sisters, the postulants and a pre-postulant from Arusha. Right after animating the first Mass, there was placed in front of the church a table so we could sell our T-shirts and calendars of the 150 anniversary and distribute the MSOLA brochures to those interested in knowing more about the congregation.

In Kenya, the Missionaries Sisters of Our Lady of Africa arrived in 1907. As we are celebrating 150 years of the foundation, the sisters from one of the communities in Nairobi decided to go back to our earlier missions and get in touch with people who lived with our first sisters and listen to their sharing about their experiences with our Sisters.

We are already in contact with few places like Eastleigh Parish and Kangemi Parish, both in Nairobi; also Nyabururu House of Prayer in Kisii and Eldoret. 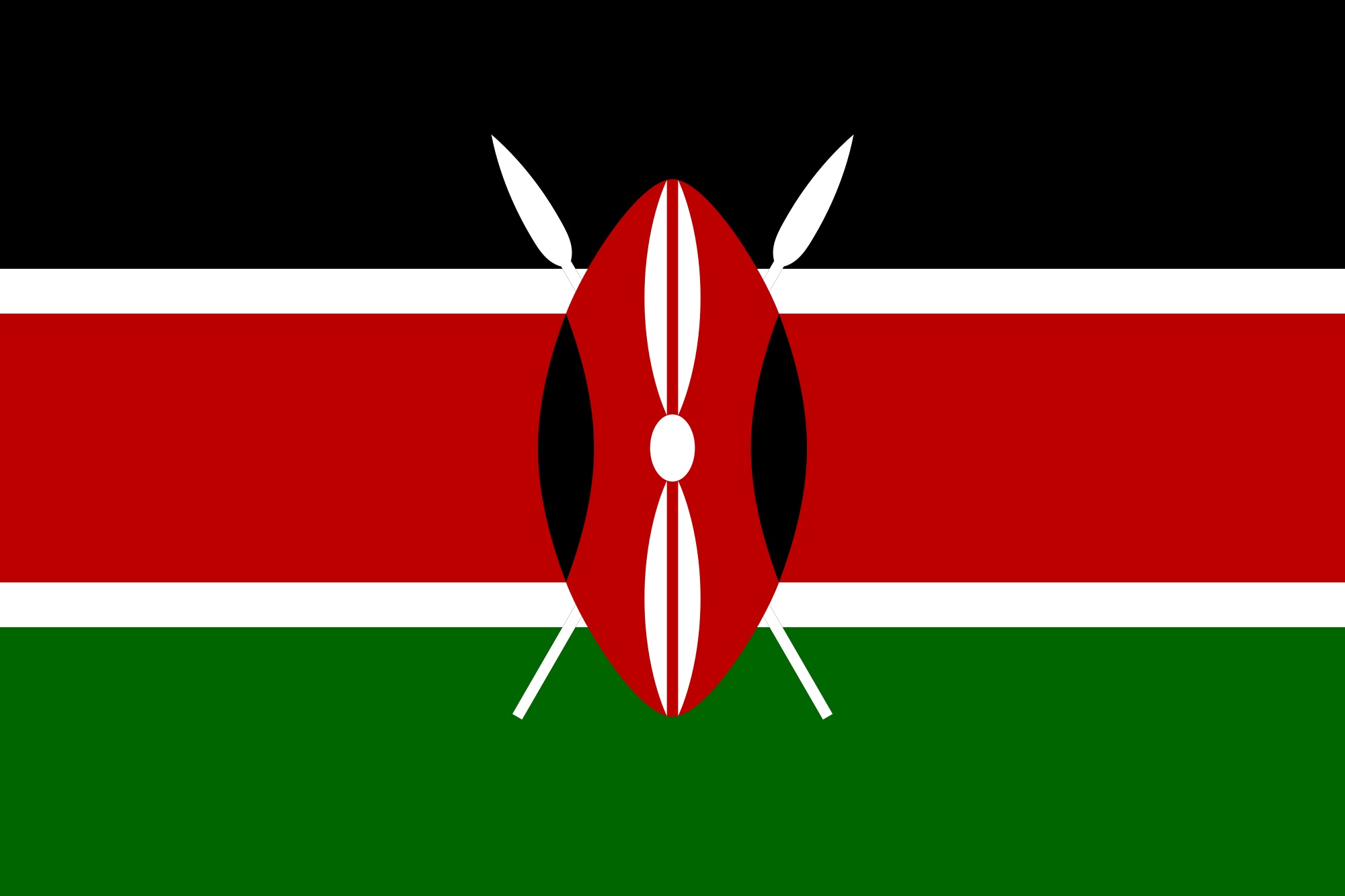 In Eldoret we interviewed the sisters who were formed by our sisters in 1957 from aspirant to the first profession. We also had an occasion to talk to the first Superior General of the Assumption Sisters of Eldoret. We were privileged to see and talk shortly with a sister who stayed and worked with our sisters at MITUME Catechetical Centre in KITALE during the handing over of that Centre to the Congregation of the Assumption Sisters of Eldoret.

We also visited Kisii-Nyabururu House of Prayer, our former house that was given to the School Sisters of Notre Dame.  They have kept it and the compound well, although people no longer go there for retreats because there are no longer any retreat directors.  The parish priest of Kisii asked us for the names of our three sisters who died there through a road accident.  They are buried in the compound but their names have faded from the crosses.  It was a good mission; we thank God for his faithfulness to us all.