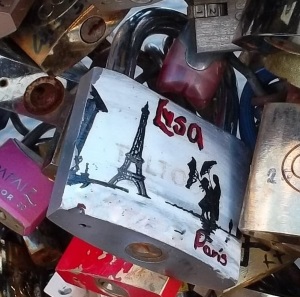 In “hot neighborhoods” of major European cities where prostitution is practiced,

we meet very young Nigerian women, whose number is constantly increasing. Most come from Edo State in southern Nigeria. Three factors contribute to these young women being drawn into the networks of human trafficking: their desire to go to Europe to work and help their families, lack of economic means to undertake this journey and the difficulty to enter the fortress that Europe has become. Without ever meaning to, two or three days after their arrival they are found in the poorest places of prostitution: the woods, parks, along roads or in some streets of ill repute…

Through meeting these young women and the persons accompanying them, I learned how they came and what makes it so difficult for them to get out of this modern slavery of which they are the victims. They sacrifice themselves for the well-being of their families and do not realize that the person to whom they owe their debt is their pimp, the one who holds them in bondage.

As an older member of the family they feel responsible for the well-being of their parents and siblings. They dream of going to Europe and a woman, the “madam” who hears this, from neighbors or family, offers to help them realize that dream. Once the young woman says she is ready to go, the “madam” meets the family and offers to make a contract in a voodoo temple. Then the young woman, her family, with an animal for sacrifice, the “madam” and the witch doctor gather in the temple in the presence of the ancestors for the voodoo ceremony that will seal the contract. The “madam” promises to bring the young woman to Europe, to get her a residence permit and provide her with a job that will allow her to pay the debt of the trip. The amount is not mentioned. Once the debt is paid, the young woman is free to marry and to have children. 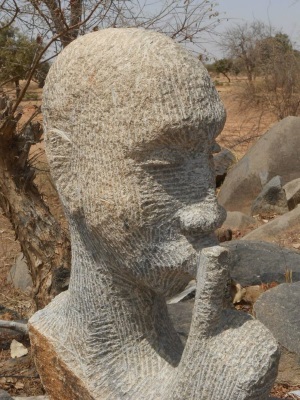 The young woman promises to family, ancestors and the sorcerer-priest to keep the contract secret and to work to pay the debt of the trip to Europe. The priest sorcerer in traditional costume offers sacrifice to the ancestors; mixes the earth where the blood of sacrifice fell, with nails and hair of the girl and of the “madam”, invoking the ancestors, as witnesses and guarantors of the pact. With this he makes a ‘djoujou’ for the girl who will wear it as a protection and a reminder of her promise. He keeps the rest of the ‘djoudjou’ in the temple. When the debt will be paid the ‘djoudjou’ will be returned to the girl. If she follows the madam and regularly pays her debt, the ancestors will protect her, but if she dares to break the contract, then their anger will fall on her and her family, and illness, death or misfortune will follow. The family guarantees this contract.

Some days later, the girl goes to Lagos where the madam or loved one gives her the documents for the trip, true or false … If the madam is rich and influential, she will have a visa and will travel by plane with the madam and other girls who travel together, but separated. They are taught a false story that they must tell the French police claiming that they are refugees. Those less fortunate ones travel through the desert accompanied by a boy of the family of the madam, finishing in Algeria, Tunisia or Libya before crossing the Mediterranean. During this trip, the common difficulties of all migrants are added those of being women.

Arriving in France, they are told the amount of debt: € 50,000 to € 80,000! She gives them a small room shared among 4 or 6 girls costing from € 300 to € 400 per month for each one! Some girls know that they come for prostitution, but others just learn it upon arrival. Most come legally to work as domestic servants, waitresses or hairdressers, and believe they can control their own money. The reality they find is a shock! Under the dictates of the “madam,” they must exhibit themselves outdoors rather ‘undressed,’ to attract customers passing by in car or on foot. They are forced to have sex with men behind bushes, under makeshift tents or on the street, winter and summer. Sometimes they are attacked and injured by customers or by gangs who rob them of the day’s money… 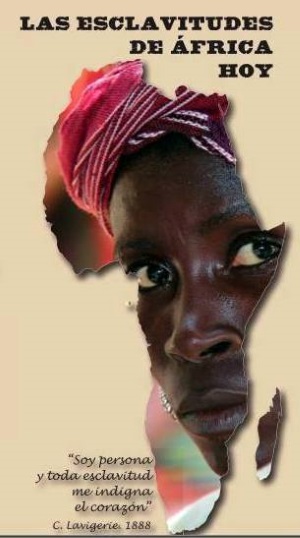 Most of the money received goes to pay the debt, but the madam allows them to send some money to the family, so as to keep them because the family is demands more and more.

They do not feel victimized, because their suffering is only the consequence of their choice to help their families back home. They have an ambiguous relationship to the madam who is their pimp. She helped them realize their dream of going to Europe; she provides them with housing, though at exorbitant prices. She guides them in their request for asylum that most will never receive. She gives them a place for their work and allows them to send a small amount of money to their families … They are afraid not to keep to the contract and have the ‘djoudjou’ turned against them. But they do not see that the madam does not fulfill her part of the contract, as they are “undocumented”. Worse still, the lady has her spies among the girls, which creates an atmosphere of mistrust among them.

They all want to remain in France, but they do not speak French and are not learning it, even if they are offered free courses. They are isolated and only know in France their customers and the subway. They think that prostitution is the only way to stay in Europe. They dream of the day when they will eventually pay the debt and find a husband, if possible a Frenchman! All this makes it difficult to exit from this situation where they live in slavery until they pay the entire debt to the madam.

Our role during formation-tours is to be there for them, without asking anything, to show interest and respect them. They see this, especially at a time in their lives when they feel exploited by customers, by the madams and that they are even wary of their companions. The fact of seeing us regularly, allows them to create a relationship of trust and helps them on the day they will decide, to be able to verbalize their situation either to confide or to take a step to get out of their present situation.