Saint Bakhita, Patroness of kidnapped persons and victims of trafficking 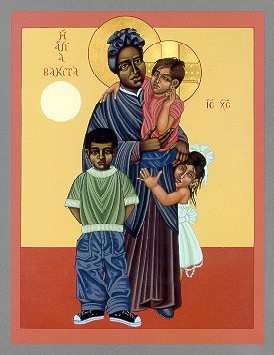 Josephine was born in 1869 in South Sudan.

She lived with her parents, 3 brothers and 4 sisters in Olgossa, a small village in Darfur, close to Mont Agilerei. The first suffering felt by Josephine was when those she called ” négriers” in reality members of Arab tribes who were slave traders, abducted her elder sister: “I still remember, she said in 1910, how Mama cried, and how we too cried. “ One day, between 1876 and 1877 she suffered the same fate as her sister; she was kidnapped and carried far away. “I was only thinking of my family; I called out to Papa and Mama, with anguish in my heart impossible to describe. But no-one was listening to me. “

Sold into slavery several times in the markets of El Obeid and Khartoum, she was treated brutally by her captors. She soon forgot the name she had received from her parents. Bakhita, which means “lucky”, was the name given by her captors. 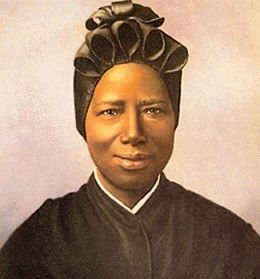 She belonged to a Turkish general who had subjected her to cruel scars when the latter decided to sell all his slaves. Bakhita was then bought by the Italian Consul in Khartoum, Callisto Legnani in 1883. Her life then changed dramatically: “The new master was quite good and he took a liking to me. I had no more scoldings, beatings, punishments, so that in face of all this, I still hesitated to believe in such peace and tranquility “

In 1885, the consul Legnani had to leave Sudan because of the Mahdist revolution and Bakhita asked him to take her with him. He accepted and they left with a family friend, the Michieli. Arriving in Genoa, Mrs. Maria Turina Michieli asked to keep Bakhita in her service. She would work as a baby sitter for her daughter, who studied with the Canossianes Sisters–Daughters of Charity. And this is where Bakhita asked to know about that God who since childhood, “she had felt in her heart without knowing who he was.” In 1890 she was baptized and given the name Josephine. 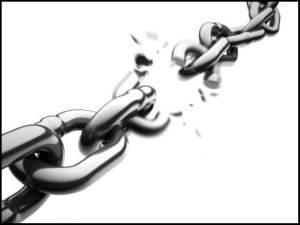 Then the Italian family came to seek their “property” to bring her back to Africa. Josephine expressed her desire to remain in Italy. Faced with the insistence of the family, she remained firm and later she wrote: “I am sure that the Lord gave me strength until that moment.” With the help of the superior of the Canossian Sisters and the Cardinal of Venice, she gained her freedom and she entered the Novitiate. For fifty years she lived a life of prayer and service as a religious, until her death on February 8, 1947.

As she was dying, Bakhita relived the terrible days of her slavery and several times she begged. “Please, lift the chains …. they are so heavy!”

Saint Josephine was canonized in 2000. There is a grassroots movement that invokes her as Patroness of kidnapped persons and victims of trafficking.